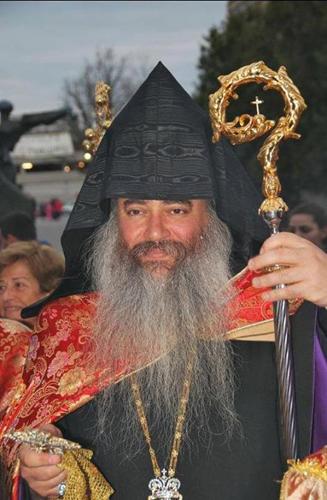 The General Assembly of the Diocese of Canada of the Catholicosate of Cilicia met 9-10 May 2014 and elected Bishop Meghrik Parikian as the new Prelate; on 13 May 2014, His Holiness Aram I confirmed the election.

Bishop Meghrik has been serving the Parish of Toronto and its regions since 2002; he succeeds Archbishop Khajak Hagopian, who has retired as the Prelate and Patriarchal Vicar of the Diocese of Canada after 15 years.

After graduating from the Seminary of the Catholicosate of Cilicia and being ordained as a priest, Bishop Meghrik Parikian studied at the Ecumenical Institute Bossey (Geneva) and followed courses in Musicology. He held several important positions at the Catholicosate in Antelias before moving to Toronto.