Ordination and Consecration of Bishops in Antelias 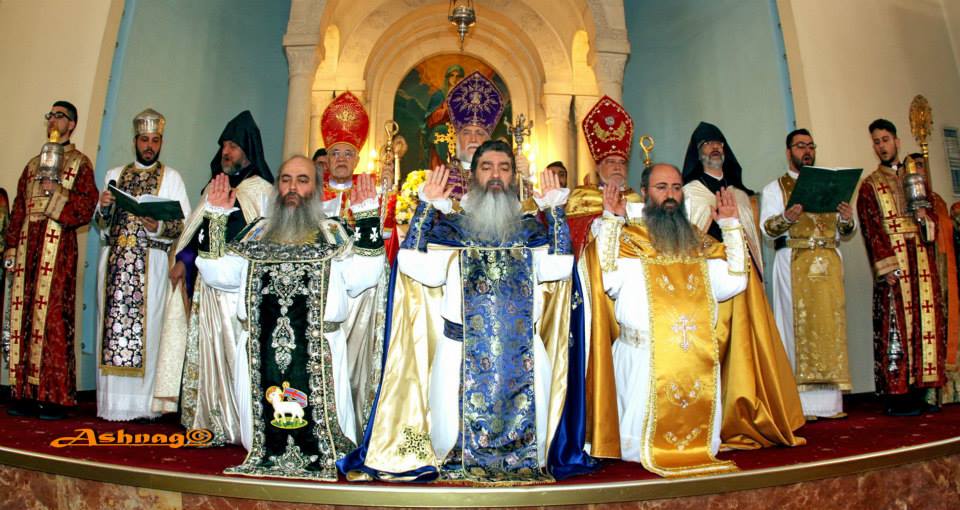 On Sunday, His Holiness consecrated the foreheads and right hands of the three priests with the Holy Muron, gave them their episcopal rings and declared them Bishops. In his message the Catholicos described the vocation of the episcopate as service, obedience, humility and accountability to the people.

At the end of the two-day ordination and consecration ceremony His Holiness received the new Bishops, Meghrig, Krikor and Magar, and the pilgrims who had accompanied them for a final blessing.