“Do not be afraid … He is risen from the dead” 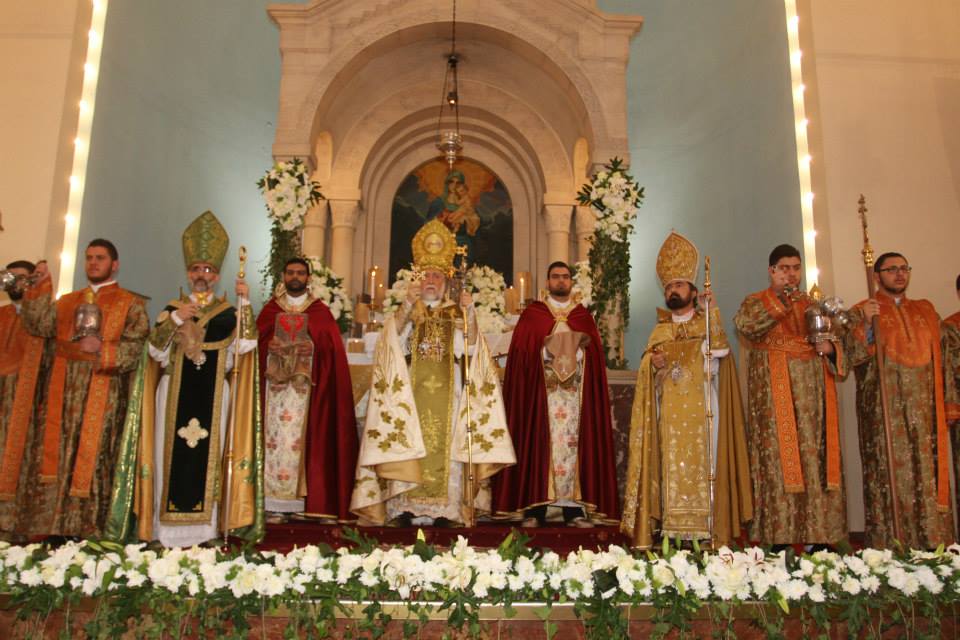 20 April 2014. On Easter Sunday, Armenian members of the Lebanese parliament, ministers civil society representatives and more than a thousand faithful attended the Holy Liturgy at St. Gregory the Illuminator Cathedral in Antelias. His Holiness Aram I based his Easter sermon on the message of the angel at the empty tomb of Jesus (Mathew 28:5-7). The Catholicos said that the cross and the resurrection of Jesus were at the core of Christian faith and the pattern of Christian history, including Armenian history. He then added, ”In spite of all their suffering, Armenians continue their journey of faith, upholding the Christian principles of justice, peace and freedom.”

His Holiness then addressed the current situation of Christians in the Middle East, Syria and Lebanon. He said that the Middle East is the home of Christianity and that Christians have remained attached to their land despite persecutions and sufferings, contributing profoundly to the flourishing of the region. He then concluded, “Our roots are here and so is our future.”  Addressing the situation in Syria, he said that it was unacceptable that the Aramaic-speaking population were evicted from the historical Christian village of Ma’aloula and that the Armenians in Kessab were attacked by rebels supported by Turkey. The Catholicos asserted that Christians and Muslims have lived together in these regions for centuries and will again build their lives together. In the last part of his message, the Catholicos expressed his hope that the presidential elections in Lebanon will be held on schedule and that the new president will lead the country out of the turmoil so that Armenians may contribute fully to strengthening the unity of the population and rebuilding the country.