The 12th General Assembly of the Brotherhood of the Catholicosate of Cilicia was held in Antelias 3-4 April 2014 “Taking the Church to the people and building the church of the people is our mission,” said His Holiness Aram I 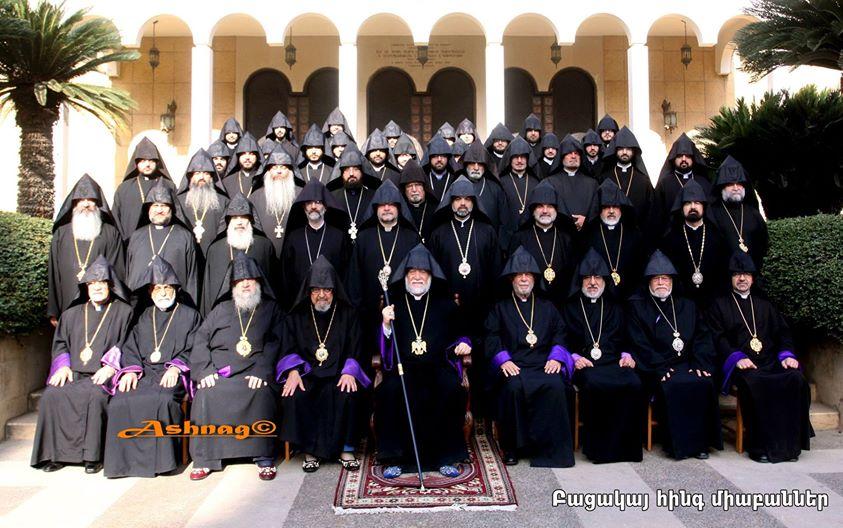 The members of the Brotherhood met at the Meeting Hall of the Gulbenkian Museum in Antelias under the leadership of His Holiness Aram I.

Following the election of the officers of the Assembly, in his opening message, the Catholicos Aram I reminded the clergy that such meetings were times to take account, to assess, to learn and to plan. He said, “This process requires spiritual renewal and formation of intellectual capabilities based on the principles of love, reciprocity and service to the people.”

The next six sessions of the Assembly were devoted to presentations on and discussions of the history of the Catholicosate of Cilicia from Sis (Cilicia) to Antelias (Lebanon). The speakers presented research papers describing the conditions under which the Catholicosate was uprooted, its properties confiscated, and its spiritual and cultural heritage destroyed. Papers also covered the early decades of settlement, the cold war, Turkey-related conflict during the leadership of Catholicos Zareh I, the Armenian Bishops Conferences, the renewal of the church and rising challenges.

His Holiness Aram I concluded the meeting, and said, “As we move towards the second century of the Catholicosate in Antelias, in order to take the Church to the people and build the church of the people, we must continue our journey with deepened faith, renewed spirituality and a strong commitment to survive.”

The Assembly adjourned with the hymn “apostles of Jesus” and the Cilicia anthem.