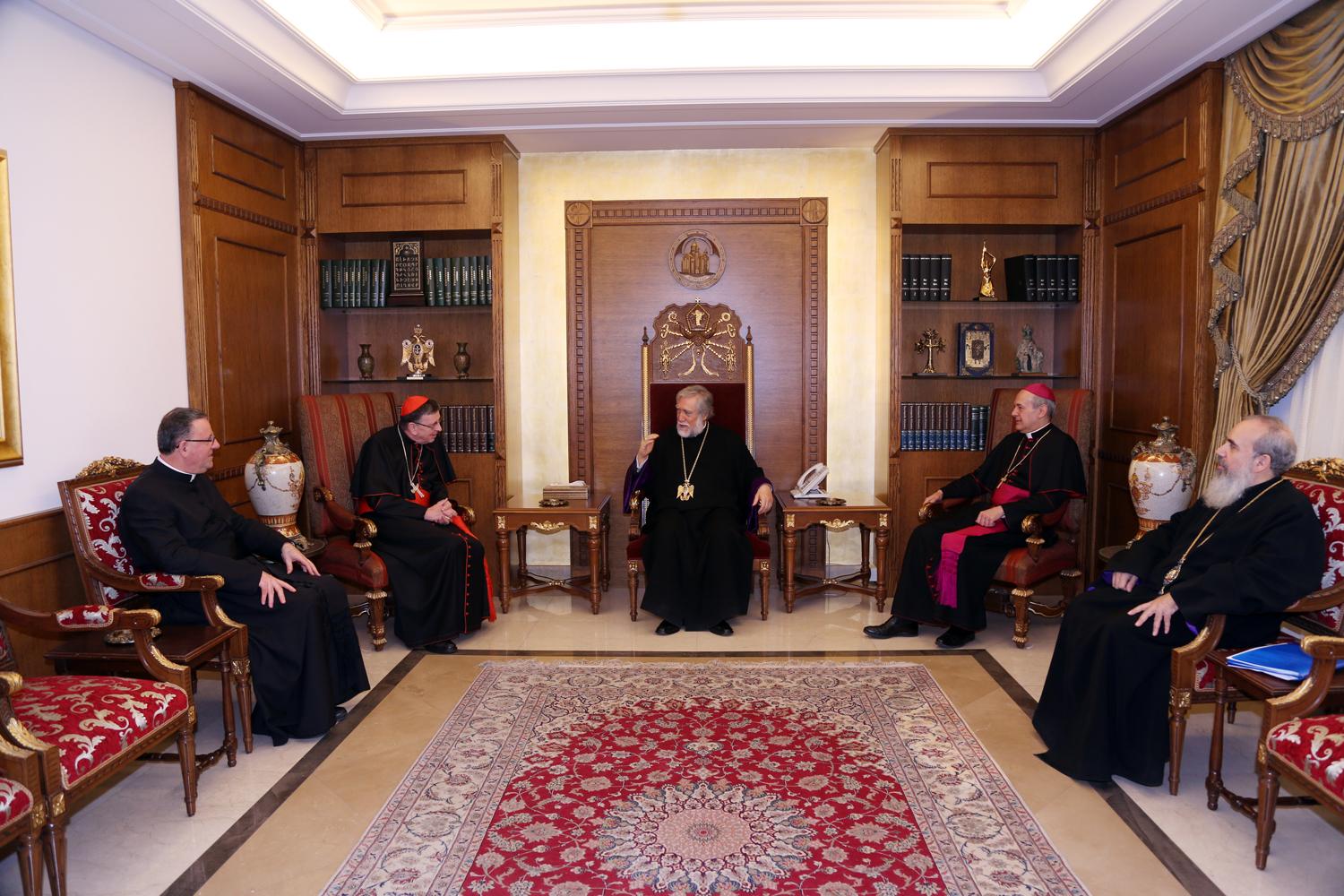 29 March 2014. On Saturday morning, Cardinal Kurt Koch, accompanied by his staff and the Apostolic Nuncio to Lebanon Gabriele Giordano Caccia, visited His Holiness Aram I. Archbishop Nareg Alemezian, the Ecumenical Officer of the Catholicosate, was also present at the meeting.

The Cardinal and His Holiness covered a wide range of issues, starting with the ecumenical movement and the Roman Catholic Church, the activities of the Middle East Council of Churches, bilateral dialogues, problems and concerns related to the life of the two churches and interfaith matters. They also discussed the centuries-old relationship between the Roman Catholic Church and the Catholicosate of Cilicia. In this context Catholicos Aram I proposed that current relations between the two churches be further strengthened on international, regional levels.

The meeting ended with an update on the situation in Lebanon and the forthcoming presidential elections.