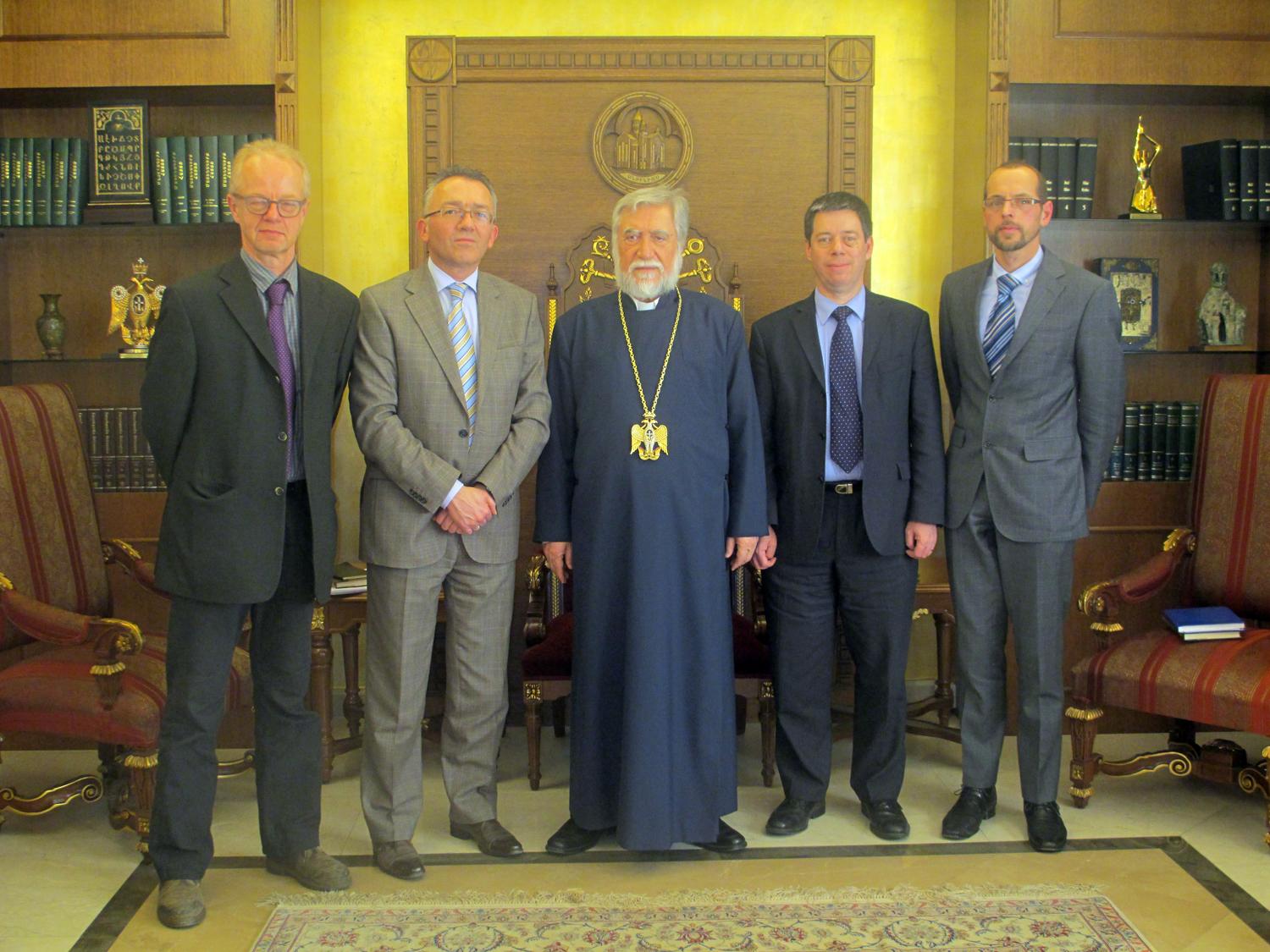 On Friday 14 February 2014, representatives of Non-Governmental Organizations (NGO) from Germany, the Netherlands, Sweden, Switzerland and the United Kingdom met with His Holiness Aram I. These NGO’s are engaged in humanitarian work in Syria and are particularly concerned with the presence of Christians in the region. Prior to travelling to the region, they met with the governments of member countries of the European Union.

Having been informed of the contribution of His Holiness Aram I to the Geneva 2 meeting held at the World Council of Churches (WCC), they were interested in hearing his views on the crisis. His Holiness explained the purpose of the WCC statement and added that the only way to peace in Syria is through dialogue between the government, the opposition and representatives of local communities, with the support of the United Nations and the Arab League.  In his conclusion, the Catholicos insisted that any solution to the Syrian crisis must recognize the rights and obligations of Christians because they are native to the country and the region.