"THE ECUMENICAL MOVEMENT IS IN SEARCH OF NEW IDENTITY AND SELF-ARTICULATION" H.H. ARAM I 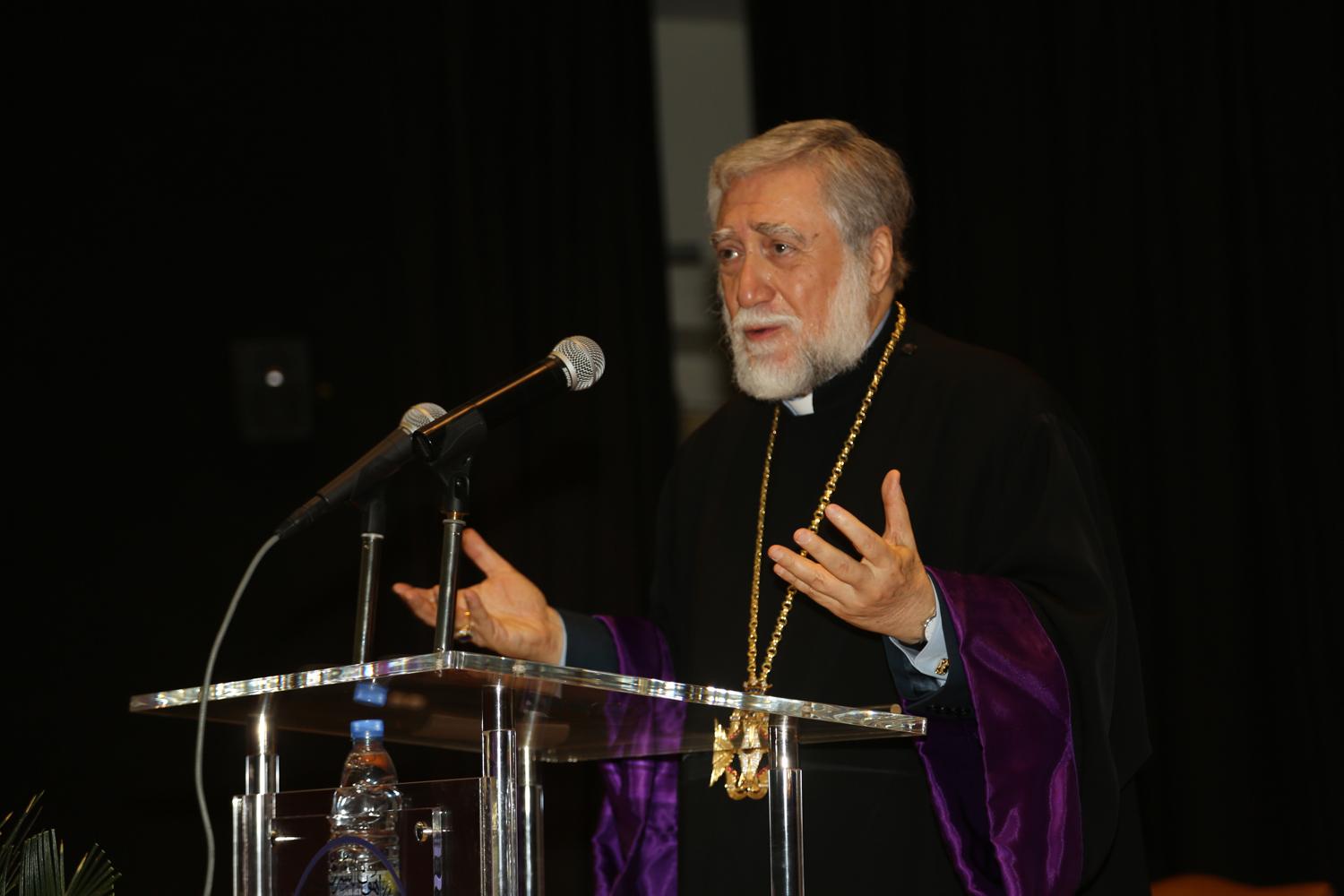 On Monday 27th January, His Holiness Aram I gave a lecture on "The challenges facing the ecumenical movement" at the Near East School of Theology. Hereunder the outline of the lecture.-

A) What are the challenges of the Ecumenical movement?...
Ecumenism is essential for "being church": 1) it reminds the interrelatedness of churches; 2) it emphasizes the crucial importance of healing the brokenness of the church; 3) it strengthens the interconnectedness of unity and mission Dei; 4) it creates interaction between the local and global manifestations of the church.

B) Paradigm shift
Ecumenism is in search of new identity; transformation, configuration and stag-nation characterize the present ecumenical landscape. A growing shift of emphasis: 1) from Christocentric to ecclesiocentric ecumenism.; 2) from global to local ecumenism; 3) from institutional to people-centered ecumenism.; 4) from multilateral to bilateral ecumenism; 5) from inter-church to confessional ecumenism. What are the implications of this paradigm shift?.

C) Paradigm shift entails change of agenda
1) from unity to issues pertaining to church and society; 2) from mission and evangelism to people-centered spirituality; 3) from church-centered to inter-religious ecumenism.

D) Change of agenda implies change of methodology
1) from reflection to action; 2) from consensus-oriented ecumenism to mutual respect; 3) from an ecumenism to commitment to fellowship to a non-committal ecumenism.

2) The emergence of the Roman Catholic Churches in 12th Century and the Protestant Churches in 18th Century gave a new form and expression to Christianity in Middle East. It also changed the whole ethos of inter-church relations.

4) In 1974 the Council was restructured with the participation of the Oriental and Eastern Orthodox Churches. In 1990 Catholic Churches joined the Council.

B) What the MECC achieved?
1) It moved the churches from alienation to collaboration; 2) it gave visibility to Christian presence in the region; 3) it emphasized the pivotal importance of Christian-Muslim dialogue; 4) it promoted values of human rights, peace and justice; 5) it became a bridge between eastern and western Christianity.

C) What remains to be done?
1) The ecumenical movement must become responsive to new realities. 2) MECC must become a living reality in the life of the churches. 3) The Council should revise its methodology by placing more emphasis on relationship rather than organizing consultations and meetings. 4) The Christian unity in Middle East, more than in any region, is an urgent necessity. Common celebration of Easter, as a first step, will give concrete expression to Christian unity. 5) Christian education must become a priority: what does it mean to be Christian in a Muslim environment? 6) Christian–Muslim collaboration on issues of common concern should be given more importance.