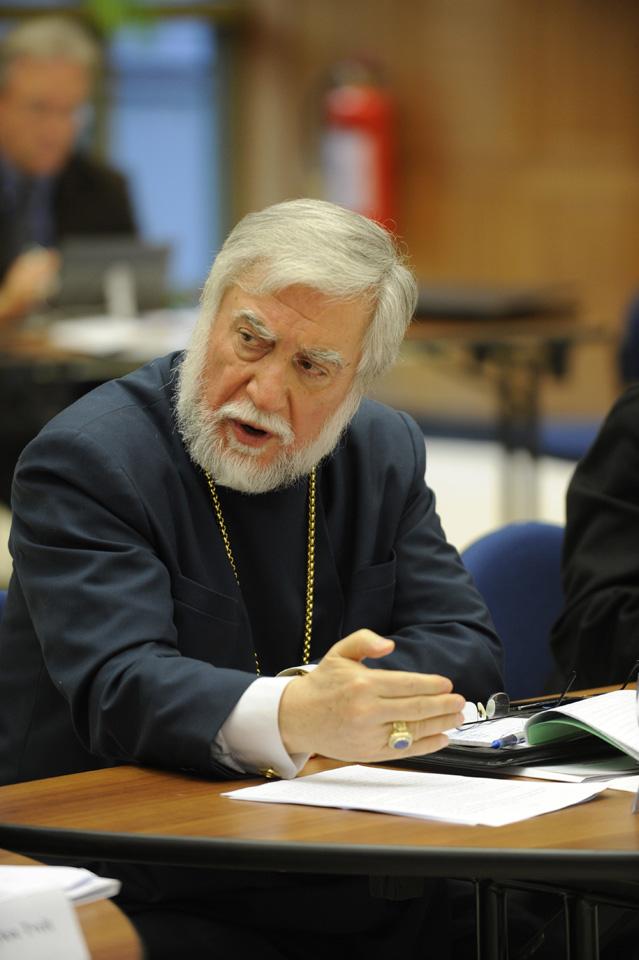 On 16 January 2014, Rev. Dr. Gottfried Locher, President of the Federation of Swiss Protestant Churches (FEPS), and Rev. Serge Fornerod, Director of International and Ecumenical Relations of FEPS, met with His Holiness Aram I in Geneva. Archbishop Sebouh Sarkissian and Ms. Teny Simonian, President of ARMENOFAS, the Swiss-Armenian Foundation, were also present.

His Holiness was brought up to date on the preparatory work on the commemoration of the 100th Anniversary of the Genocide by ARMENOFAS and FEPS. The group then finalized plans for the commemoration.

The Catholicosate of Cilicia and the Protestant Churches in Switzerland established the Foundation ARMENOFAS to continue the humanitarian work initiated by the Swiss missionaries in the early days of the Armenian Genocide, planned and executed by Turkey. The foundation continues the legacy of the committed Swiss people by responding to the urgent needs of vulnerable Armenians in the Middle East.