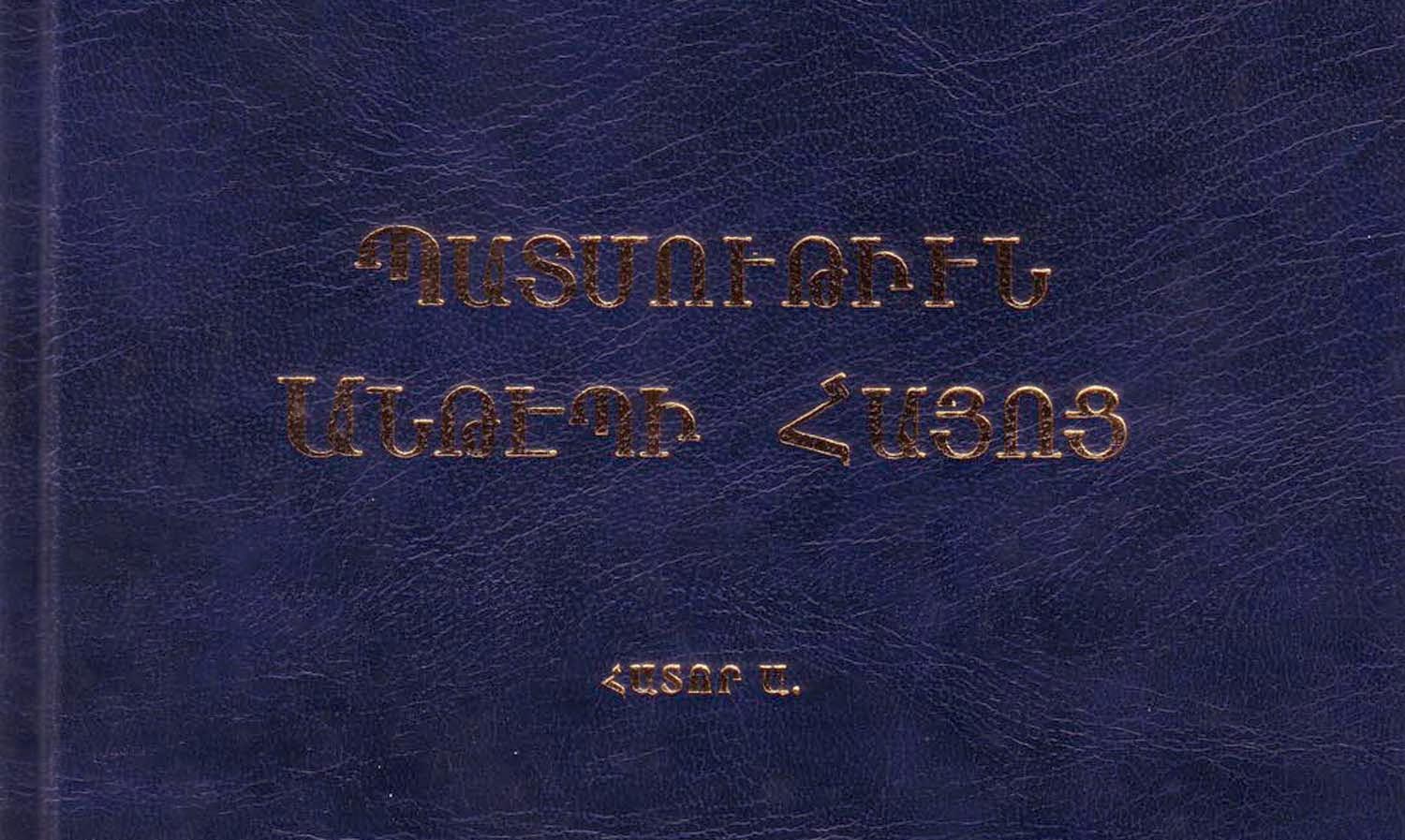 The Catholicosate of Cilicia Continues Publishing the

On the eve of the 100th anniversary of the commemoration of the Armenian Genocide, His Holiness Aram I is supervising the publication of a series of history books, each devoted to a town where Armenians had been living for centuries.

The Fourth volume, the History of Aynteb written by Dr. Kevork A. Sarafian and published in Los Angeles in 1953, has been revised and edited by the scholar and Jirair Tanielian. The book includes the history, geography, economy and cultural life of Armenians in Aynteb. Mr. and Mrs. Garbis and Arek Nazarian sponsored the publication.

The first volume in the series, the History of Adana and the second, History of Daron appeared in 2012. The histories of Hajin, Vasbouragan, Marach or Kermanik, Hisotry of Gurun will appear successively.