The Ambassador of Syria to Lebanon visited His Holiness Aram I 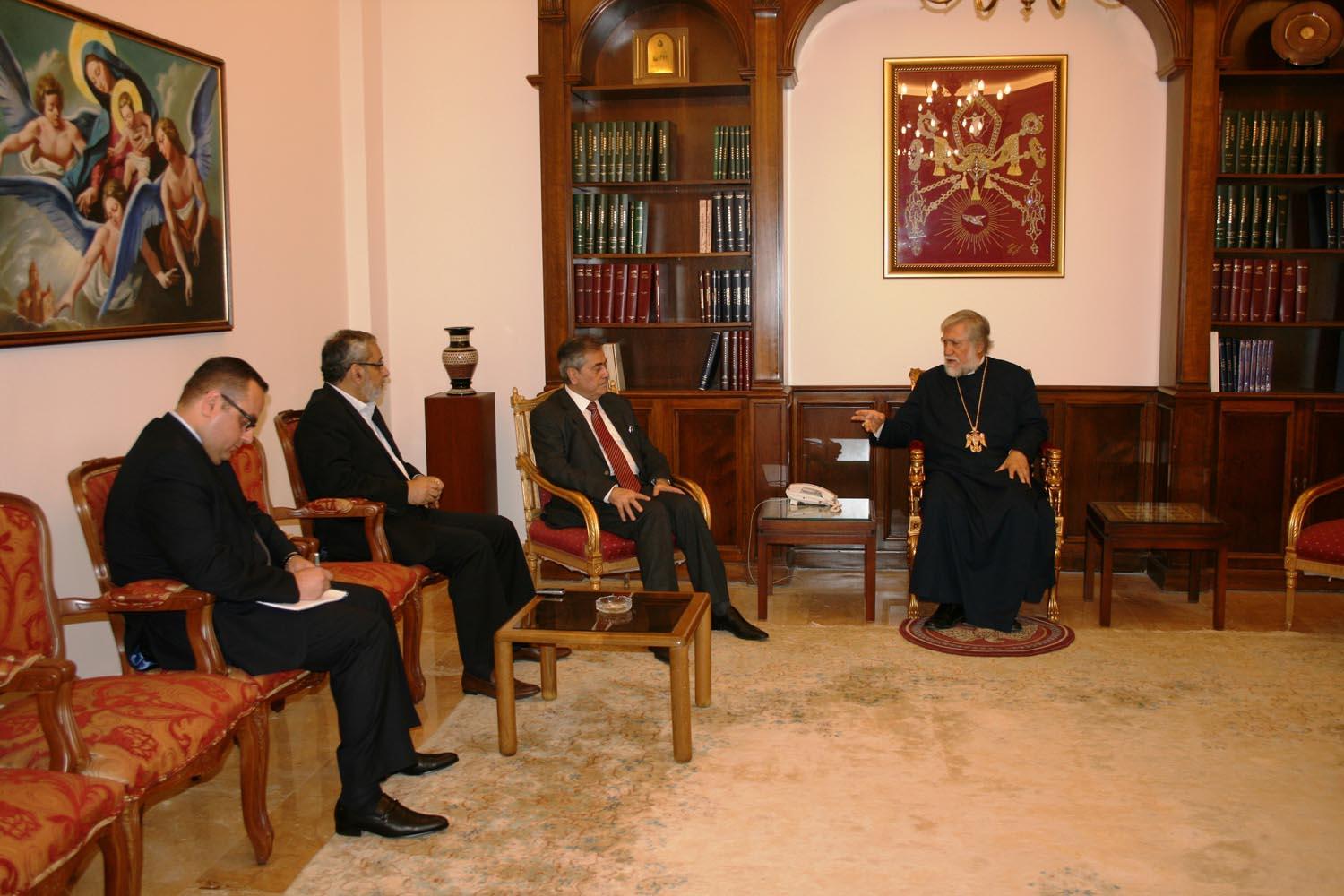 On Wednesday 11 September 2013, Ambassador Ali Abdul Karim Ali met with Catholicos Aram I in the presence of Member of Parliament Hagop Pakradouni. The ambassador assured His Holiness Aram I that the government had not used chemical weapons against its own people. In response, the Catholicos told Ambassador Ali that the Syrian conflict had to be resolved with dialogue with the participation of all parties including minorities.