HIS HOLINESS ARAM I RECEIVED THE PRESIDENT OF THE AGBU LEBANON 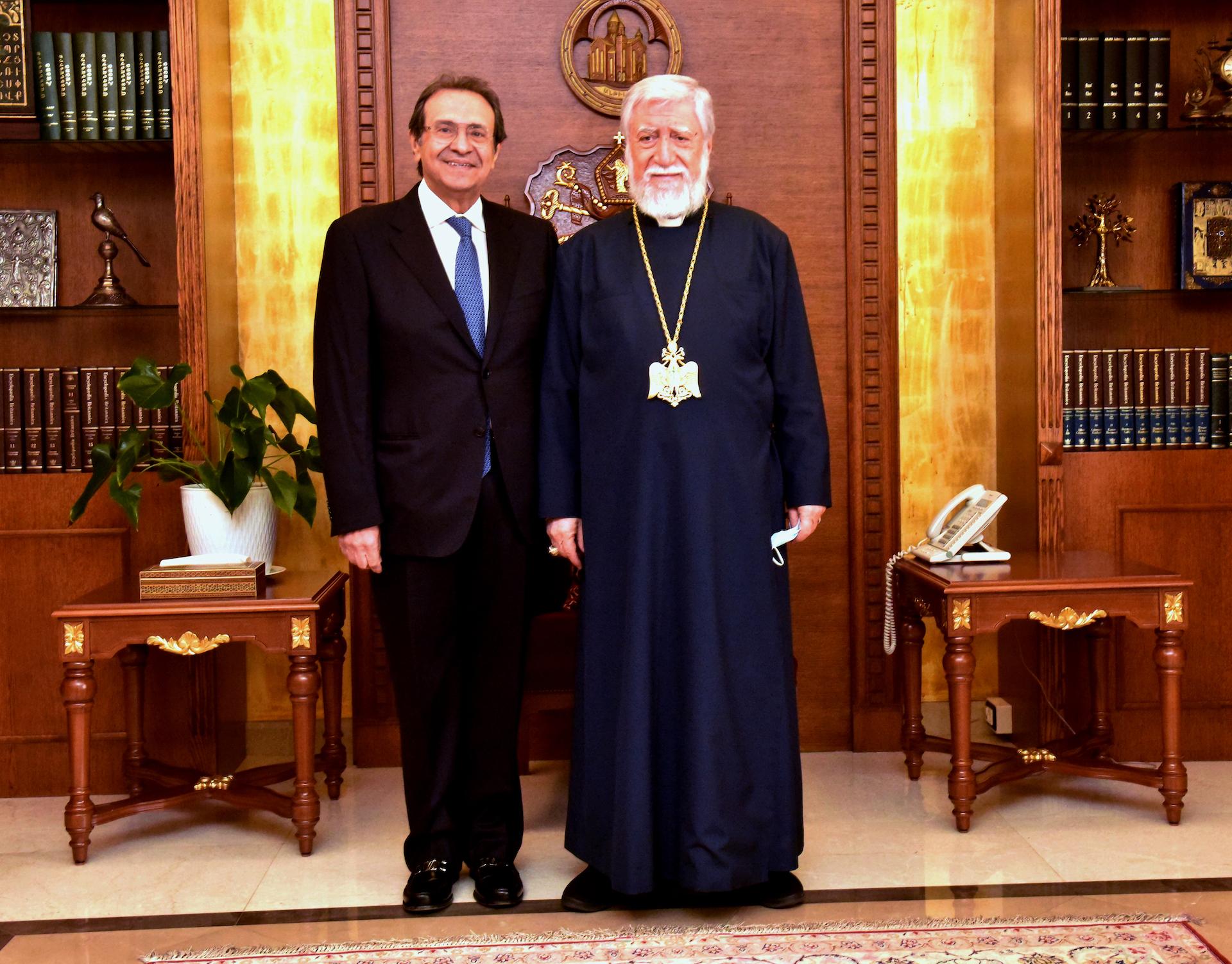 On Tuesday, August 17th, 2021, His Holiness Aram I received the the president of the AGBU Lebanon Gerard Tufenkjian.

During the meeting, the president briefed His Holiness on the activities and the upcoming projects of the Union in Lebanon, while Aram I expressed his hope that the Catholicosate and the AGBU maintain their cooperation. His Holiness also commended the Union’s effort in the revitalization process of the Armenians in Lebanon.