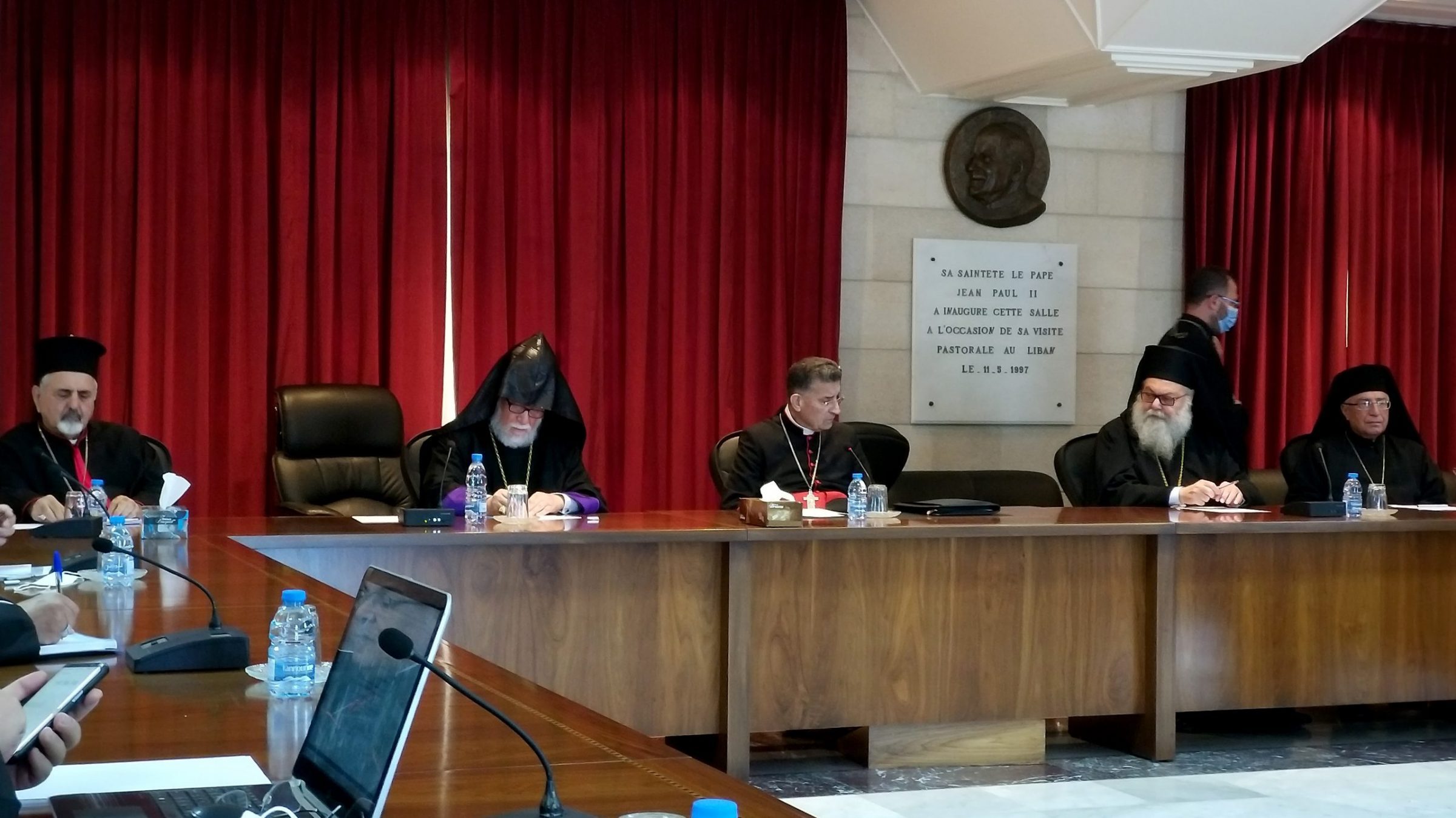 On Tuesday, June 8th, 2021, Patriarchs from Maronite, Armenian Orthodox, Greek Orthodox, Greek Catholic, Syriac Catholic, Armenian Catholic and Chaldean Churches met at the Maronite Patriarchate in Bkerki, to consult on the upcoming summit of Christian Leaders that will be held in the Vatican on July 1st, and consider a common approach.

The Catholicos and the Pope have been in communication over the past two months preparing for the Vatican meeting.

During the Bkerki meeting, His Holiness underlined the imperative of forming a government in Lebanon that will provide for the socio-economic needs of the people.