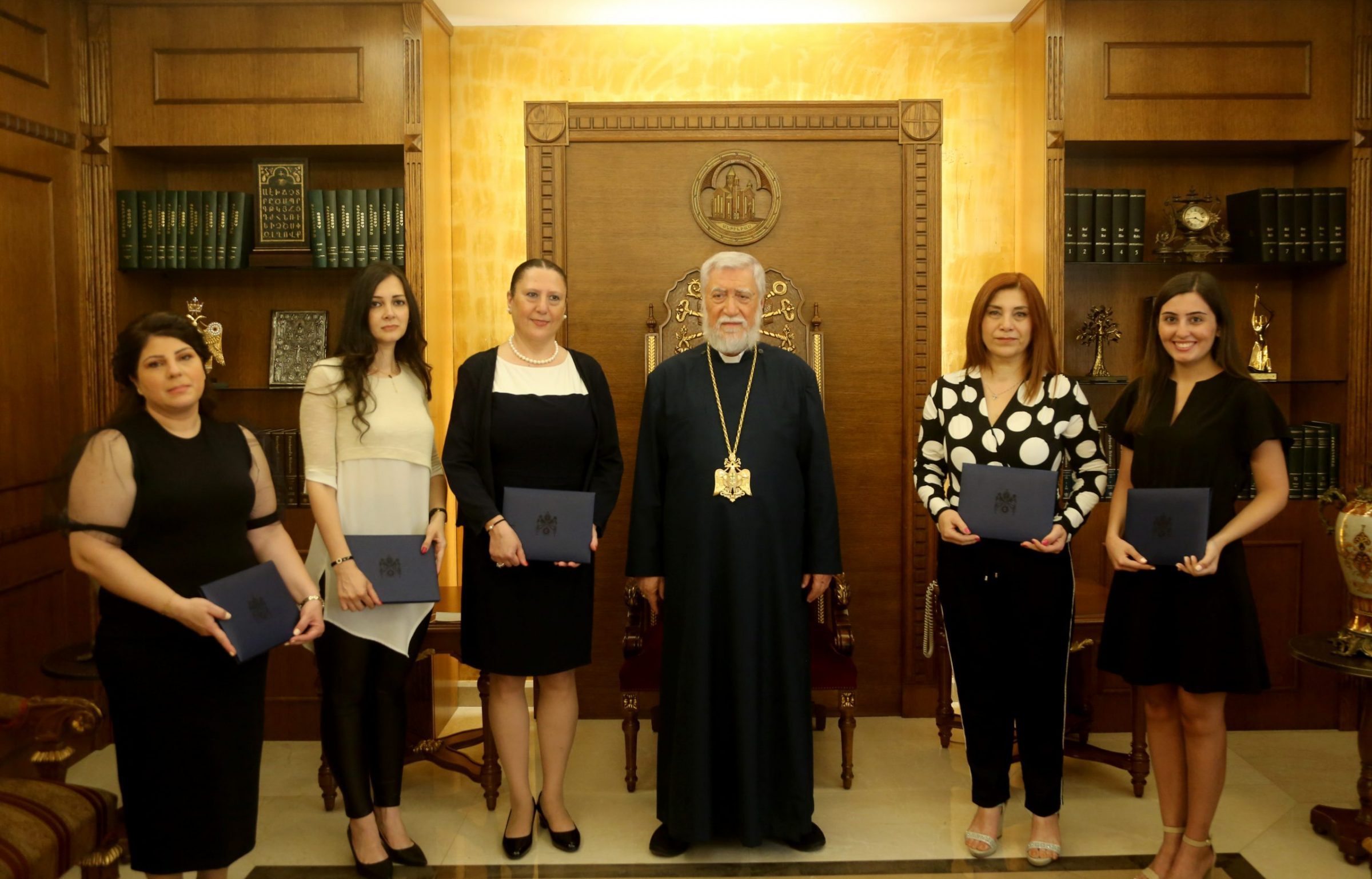 On Friday morning, June 4th, 2021, five students from the Armenological Center of the Educational-Armenological Department of the Catholicosate of Cilicia received their certificates upon successful completion of the three-year program.

Given the circumstances caused by the pandemic, a small ceremony was held at the Antelias office of His Holiness Aram I, who distributed the certificates and commended the graduates for their achievement. His Holiness also expressed appreciation to the director of the Center Mr. Jirayr Tanielian, who is receiving treatment in the USA following his injuries from the August 4 Beirut explosion, and to the acting director Mr. Khatchig Dedeyan, and concluded by blessing the graduates.

Mr. Tanielian’s message to the graduates was read by the secretary of the Department Ms. Marlen Evingulian. Mr. Dedeyan also expressed his heartfelt remarks.