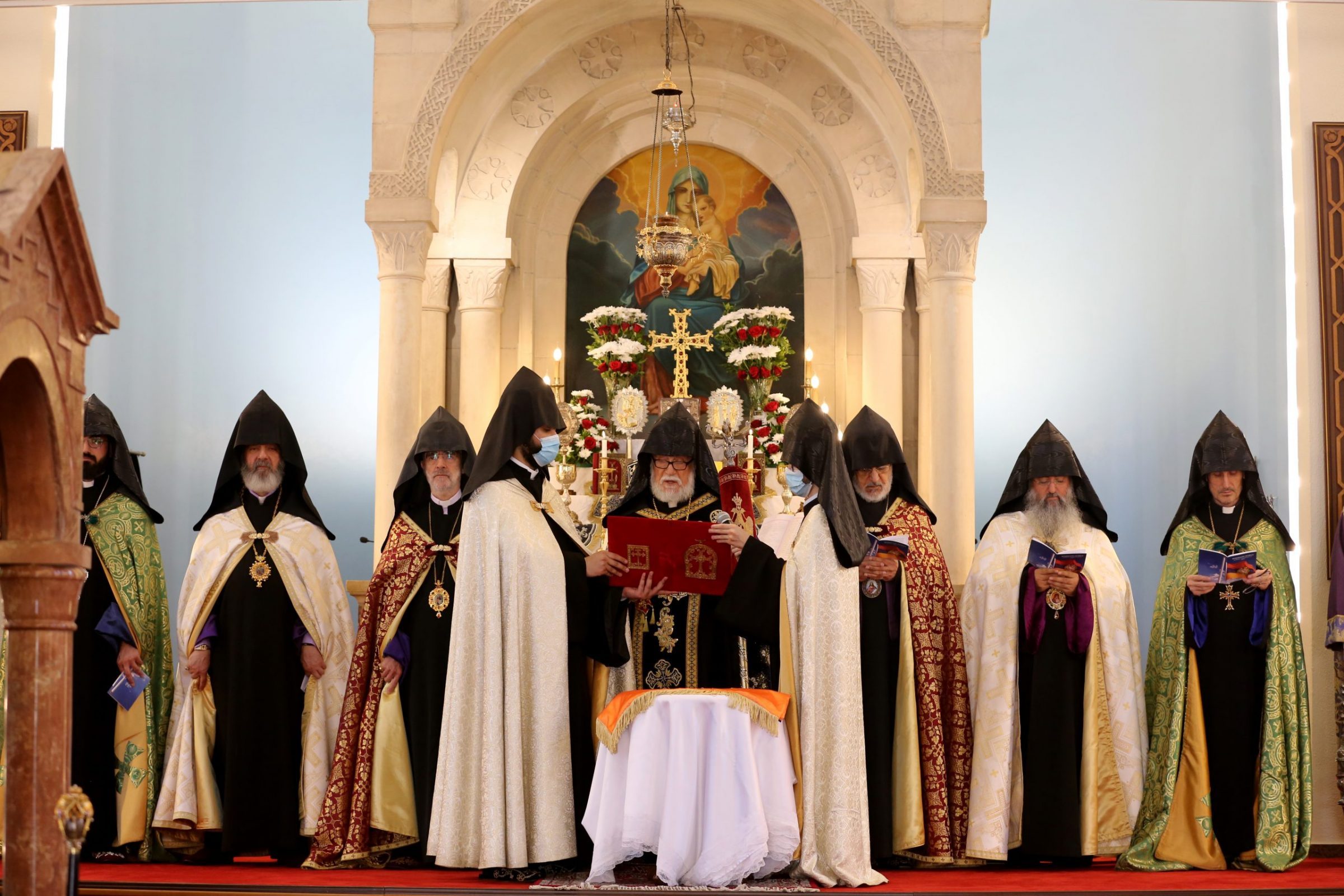 On Sunday, May 30th, 2021, His Holiness Aram I presided over the thanksgiving prayer dedicated to the independence of the first Republic of Armenia, at St. Gregory the Illuminator Cathedral in Antelias. The Armenian Ambassador to Lebanon was also present for the ceremony.

During the Divine Liturgy, Cilician priests and bishops processed His Holiness to the altar, where they conducted the blessing of the flag ceremony followed by the thanksgiving prayer.

Subsequently, the celebrant priest delivered his sermon about the earthly mission of Christ. He concluded by congratulating His Holiness Aram I on behalf of the Cilician brothers on the occasion of his name day.

At the end of the Liturgy, a requiem service was held for the souls of the martyrs fallen during the battle of independence in 1918, as well as for the souls of all those martyred for the sake of the motherland in Armenia and Artsakh.

It is noteworthy to mention that on the occasion of the independence, His Holiness Aram I addressed the Armenians via Cilicia TV on social media. He stated that marking anniversaries not only help us remember remember the past, but they also challenge us to plan for the future with purposeful vision. Referring to the current situation in Armenia, His Holiness stated that our homeland is going through a critical period once again, and the Artsakh war has left us with a large number of casualties, lost land, and a notorious agreement. He continued that the borders of Armenia proper remain in danger even at this very moment, and underlined that Armenians everywhere cannot remain indifferent. He stressed that the struggle of the Armenian people persists as long as the genocidal enemy threatens the existence of Armenians and Armenia. His Holiness concluded this message by providing his vision and recommendations for a strong Armenia, independent Artsakh and organized Diaspora.