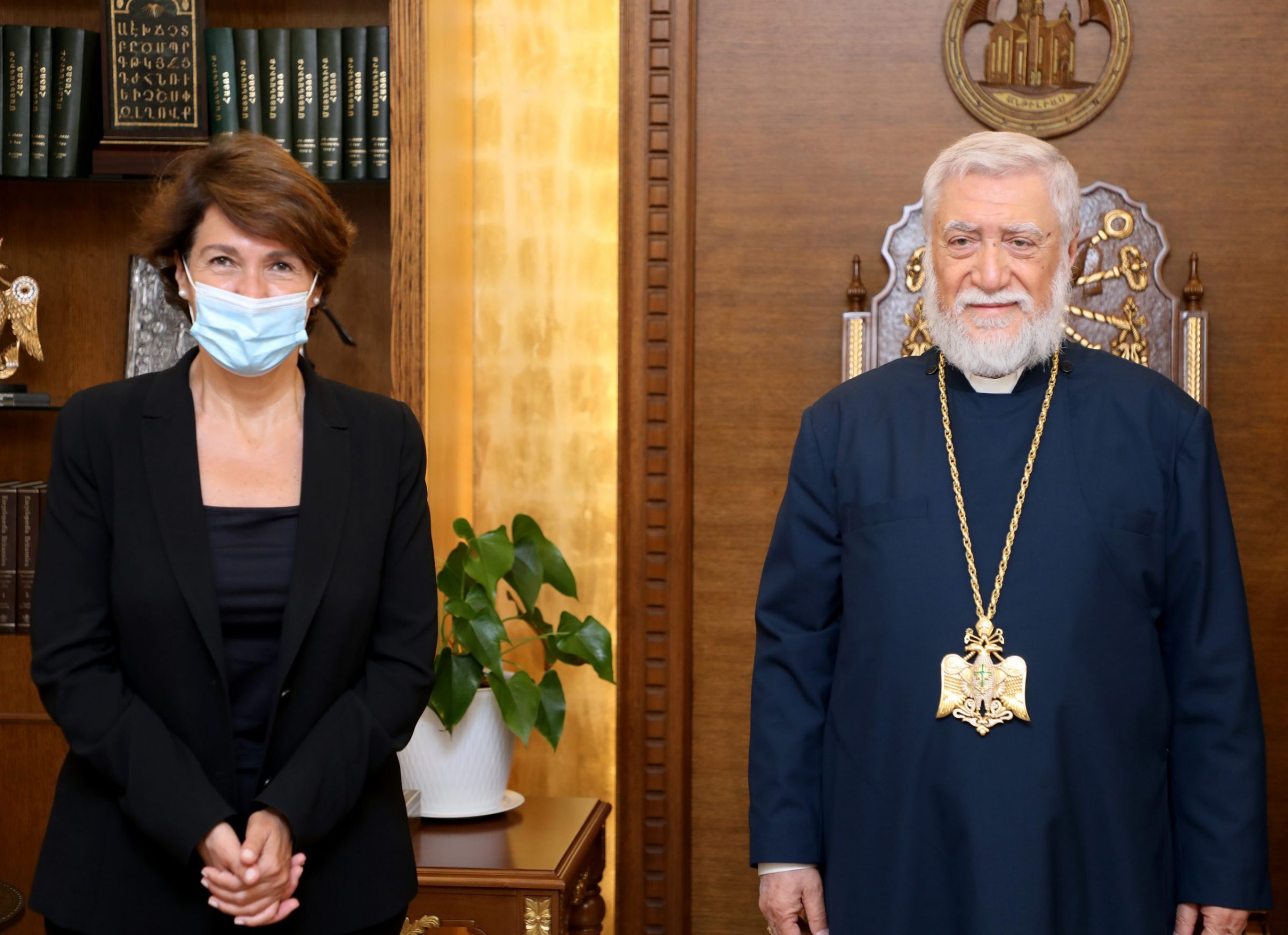 On Thursday, May 27th, 2021, the newly appointed French Ambassador to Lebanon paid her first visit to the Catholicosate of Cilicia.

During their meeting, His Holiness Aram I and the Ambassador discussed a number of matters relating to Armenian and Lebanese affairs. His Holiness recounted the historical relations between Armenians and French, as well as Armenia and France, and underlined the complete support of France for the Armenian Cause. Concurring with His Holiness, the Ambassador reaffirmed that the ties will continue to develop further and stronger.

Regarding Lebanon, the Catholicos stressed the immediate imperative of forming an all-inclusive government in Lebanon, while the Ambassador presented some of France’s concerns and expectations, and talked about the French contribution in Lebanon and the international community.

At the end of the meeting, the ambassador visited the Armenian Genocide Martyrs Chapel to pay her respects to the martyred victims.