From Co-Existing to Living Together - (Some observations) 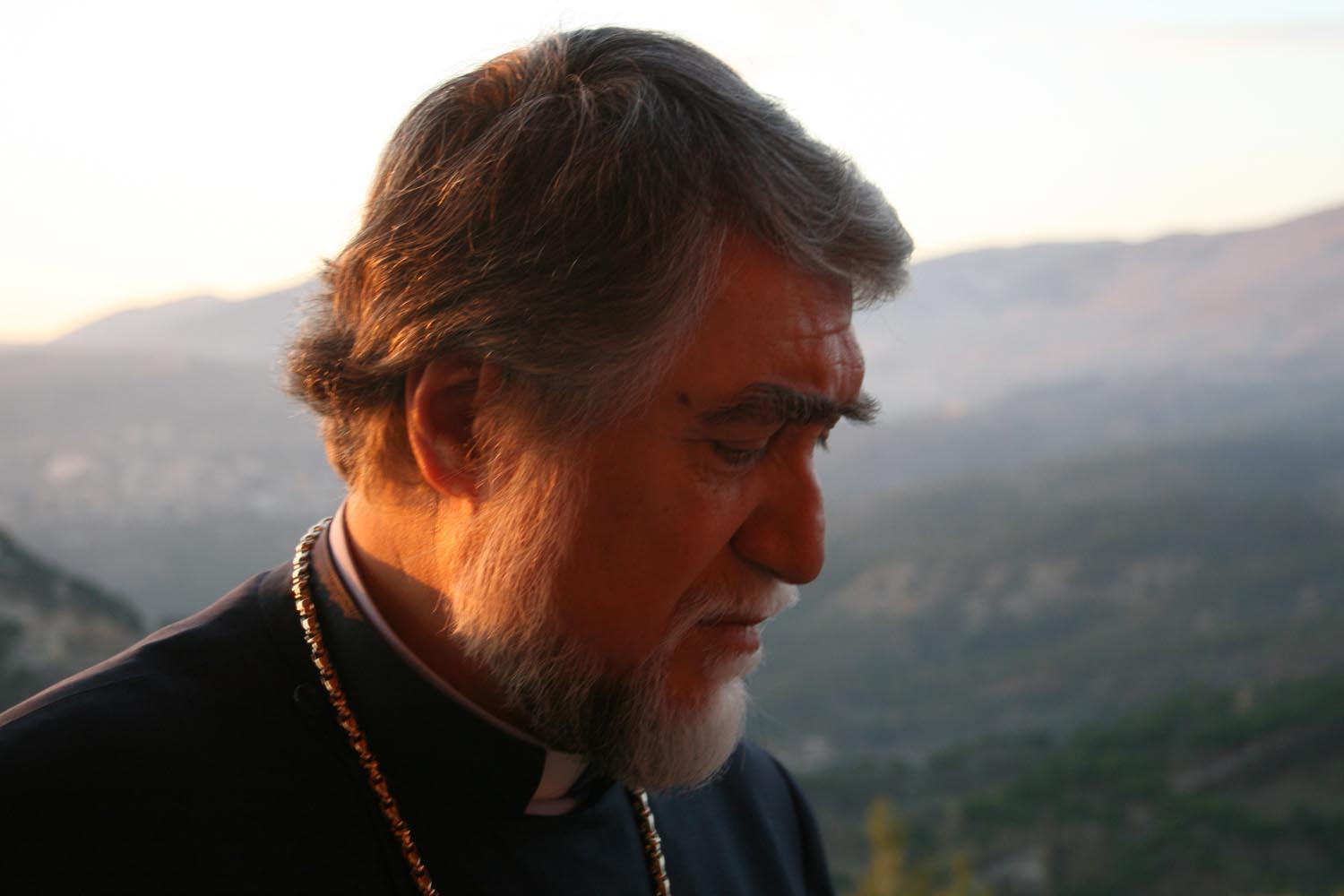 1) Pluralism is a salient feature of modern society. East and West, North and South are no longer sharply divided in terms of religion, culture and economy. Boundaries have disappeared. Walls have been destroyed. Pluralism, coupled with globalization, imposes a way of life that is marked by dialogical inter-action. Nations, cultures, religions and civilizations do not simply co-exist as self-centered and self-sufficient entities, but they inter-act inter-dependently conditioning, and challenging each other. We all live together on this planet as one community. "Living together" is, in my judgment, the right way to describe the actual predicament of human society.

2) Religion is at the heart of human society. It plays a major role in many spheres of society life. This role is perceived articulated in different ways and   forms, and to different degrees. In some nations, religion is the center of gravity around which the community life evolves. In other countries religions have been identified with their national ethos. While in the West there is a clear separation between religion and state, in many countries of the East religion enjoys state protection and privileges. Religion-nation relations are powerful in many place. This complex reality has made the role of religion rather ambiguous. In some places religion is part of ethnic or political conflicts. It is even used as a    weapon for evil purposes. In other contexts, religion plays a bridging role between antagonists. In addition to these facts and factors many emerging trends and realities, indicate that religion will increasingly acquire a crucial importance in the life of modern society. Therefore, André Molraux is right when he states that "21st century will be the century of religion or it will not be".

3) In the context of multi-religious, multi-ethnic and multi-cultural societies dialogue between  religions  is  absolutely  indispensable.  The  religions  can  no  more  live  in self-isolation. They  must  open themselves to  each other  and  to  the  world at  large. Because of their claims for uniqueness and universality dialogue between religions is not easy.  One  must  avoid  any  simplistic  approach  to  inter-religion  dialogue.  We  have different   perceptions,   different   traditions   and   experiences;   we   employ   different value-judgment which are deeply rooted in our respective ethos and history. We cannot ignore them but we must together explore ways of transcending them to discover what is common.

Therefore, serious dialogue must be realistic and contextual. In such a dialogue a) Diversities must be considered as a richness, a complementing rather than a conflicting factor. b) Religions must review the prevailing prejudices and stereotypes towards each other. Biased attitudes, false interpretations and face-value judgments must be replaced by greater knowledge, accurate information and realistic evaluation. Dialogue should help us to know others the way they are. c) Any attempt towards syncretism and any feeling of superiority should be rejected. Bearing witness about one's faith should not lead to exclusiveness. d) Religions should engage themselves in a process of sharing each other's spiritual, theological and intellectual resources and experiences. with the sense of mutual respect, understanding and trust.

Serious dialogue carried with such openness and frankness will never endanger the specificities of religions; nor it will not relativize their teachings. It will rather destroy the walls of prejudices and reaffirm the integrity and credibility of each religion generating at the same time mutual accountability and responsibility.

4)  Dialogue  has  never  been  an  abstract  intellectual  exercise  between  Judaism, Christianity and Islam. An unbroken link has always existed between these three monotheistic religions. Their sacred books have much in common. Theological and cultural affinities and centuries of co-existence have developed close kinships in many areas of their life. They have particularly developed a model of dialogical co-existence which is existential in nature and scope. They have still much to offer to eachother. Coming  from  the  Middle  East,  I  can  clearly  affirm  that  dialogue  is  integral  and inseparable part of our daily life. We do not talk or think about it; we live it. Dialogue is a way of life in my region. Hence, we must speak about dialogue of life in the context of the Middle East. Inter-action of ideas, experiences and values have to be seen in this existential perspective and within the framework of life, not in abstracto.

In fact, different models of co-existence have emerged from this dialogue of life at different times and in different socio-political contexts. Inter-religion co-existence sometimes has been peaceful dominated by mutual tolerance and understanding. At other times it has been characterized by tensions, and conflicts particularly when non-religious factors have dominated interreligious relations and religion has been exploited to political and ethnic ends. Is this ot true today in many regions and contexts?

5) The present world with its challenges calls for a new model of living together, a model that promotes an integrated and coherent way of life, where religious, cultural, ethnic and political  specificities,  civil  obligations  and  democratic  values  are  fully  respected. Lebanon could be con-sidered a concrete example in this respect.

Such a model of living together requires the following: a) It must be responsive to concrete realities of a given place. b) It must emerge from, and strongly challenge all exclusivist  and  inclusivist  tendencies  and  enhance  common  values  that  transform inter-religion co-existence into peaceful and meaningful way of living together. c) It must promote  a  quality  of  life  that  rejects  alienation  and  distrust  and  promotes  sharing together, suffering together and struggling together for common good. d) It must become a  source of hope, trust and reconciliation. It is only such a responsible and responsive way of living together that will build community based on participation and mutual accountability.

6) Co-existing is not an end in itself. It calls for living as one community. The three religions have all the potentials to live together as one community. Therefore, they must move from mere co-existence to community-building. They must not just organize "dialogues";  they  must  re-organize  and  reshape  their  co-existence in  a  way  that  it becomes a source of hope and commitment for a better future.

This calls for a serious collaboration between these religions. We all know that this is not an  easy process. We all  are  aware of multitude of complexities, complications and sensitivities of different nature and scope involved in such a critical process. Yet, it is a must in a world in search of meaning, direction and hope. How can we transform "common signs" existing among these religions into "common grounds" for common reflection and action? Let me briefly outline the way these religions, in my view, can and should work together:

7) We all belong to one household (oikumene). Our household is in danger.

Ambiguities of progress, technology and power have greatly undermined the relevance and credibility of moral and spiritual values. The ecosystem is in jeopardy due to its uncontrolled exploitation. Aggressive consumerism has created alarming scarcity of natural resources. Values guiding humanity-creation-God relations are in decay. The management of our common household is indeed a common concern. Therefore, we must together develop a global ethics which will include common moral values basic to all religions. It will guide the intra-national and inter-national relations. It will address the roots, not just the symptoms of concerns and conflicts facing humanity. It will establish a new quality of relation between humanity and creation. The global ethics must transcend narrow definitions of religious and national interest and be based on shared values and common  goals.  Only  such  an  ethics  will  move  the  societies  from  isolation  to collaboration, from polarization to reconciliation, from co-existence to a genuine world community. What are the essential ingredients of a global ethics?

A) Within the framework of global ethics the religions must develop a culture of active non violence by challenging the logic and practice of violence and by transforming structures that generate injustice and violence. The arrogance of power, the accumulated wealth of a nation, the language of threat, the logic of terrorism breed more violence and injustice. Religion is not a source of conflict, hatred and violence, but love and tolerance. In view of increasing cases and situations where religion is simply exploited, these religions  should  clearly  articulate  their  common  perceptions  on  the  question  of violence-non violence. They must combat all forms of violence by promoting values of justice. This is inincreasingly becoming a critical area that requires serious collaboration between religions. In fact, the "Decade to Overcome Violence" (221-2010) launched by the World Council of Churches must be taken serious also by all religions.

B) We must build peace with justice. Peace-making and justice-promoting are essential to the vocation of religion. They are intimately inter-connected.

Peace-building cannot ignore human rights and justice as the essential basis for a just and permanent peace. Preventive approach to conflicts and pro-active advocacy of promoting and  defending human  rights  should  become  a  clear  strategy  for  religions. National security must be replaced by common security, national interests by common interests and people's interest. No nation can feel secure by itself if other are insecure. We must develop a new vision of security, based on justice for all, peace for all, security for all. This effort should constitute not just a strategy, but a basic ethical principle.

Religions, with their inner spiritual resources, can offer opportunities for repentance, forgiveness and reconciliation. This is an immense source of potential that must be used properly and efficiently.

C) Responsible use of power should become a major principle of global ethics. Democratic institutions, including religions, often  monopolize and  legitimize power, rather than serving it for the needs of people. Any expression or use of power that does not carry with it responsibility and accountability is a source of evil. Similar cases are plenty in the world today. All powers are temporary.  History has always proved the truthfulness of this basic ethical principle. Therefore, all nations are vulnerable, all systems are fragile. All nations are equal; they are accountable to each other and to God. All forms of power are ambiguous and ambivalent if they are not geared towards justice, peace and participation.

D) We live in a world where life is in danger. The evil forces supported by technology and globalization, have made life vulnerable. Life is a gift of God; it is sacred. All acts that disintegrate and destroy life are contrary to the will of God. This is a basic teaching in all religions. Therefore, religion must affirm the sacredness and integrity of life in combating together life-threating evils.

E) And finally, we must together work for a global ethics that reaffirms the presence of transcendence in modern societies. The growing anthropocentrism must be constantly check by spiritual and moral values. This is the only way to restore the centrality of God in the life of humanity and the creation and the total dependence of humanity to God. Only the "living together" becomes a source of hope and progress, mutual understanding and trust. Only then we can defeat fear and anxiety with our strong commitment to live together responsibly as one community in each and in all places.

I want to conclude this brief presentation with a quotation from one of my recent books: "Living together in diversity, and living our diversities together has become an urgent imperative  in  a  world  where  people  of  different  ethnic,  cultural  and  religious backgrounds are bound together as neighbors in one community". (The Search of Ecumenical Vision, 2001, Antelias, p.280).

This  is  the  time  of  engaging ourselves in  a  self-critical reflection of  our  Common vocation in the complexities of the world today.