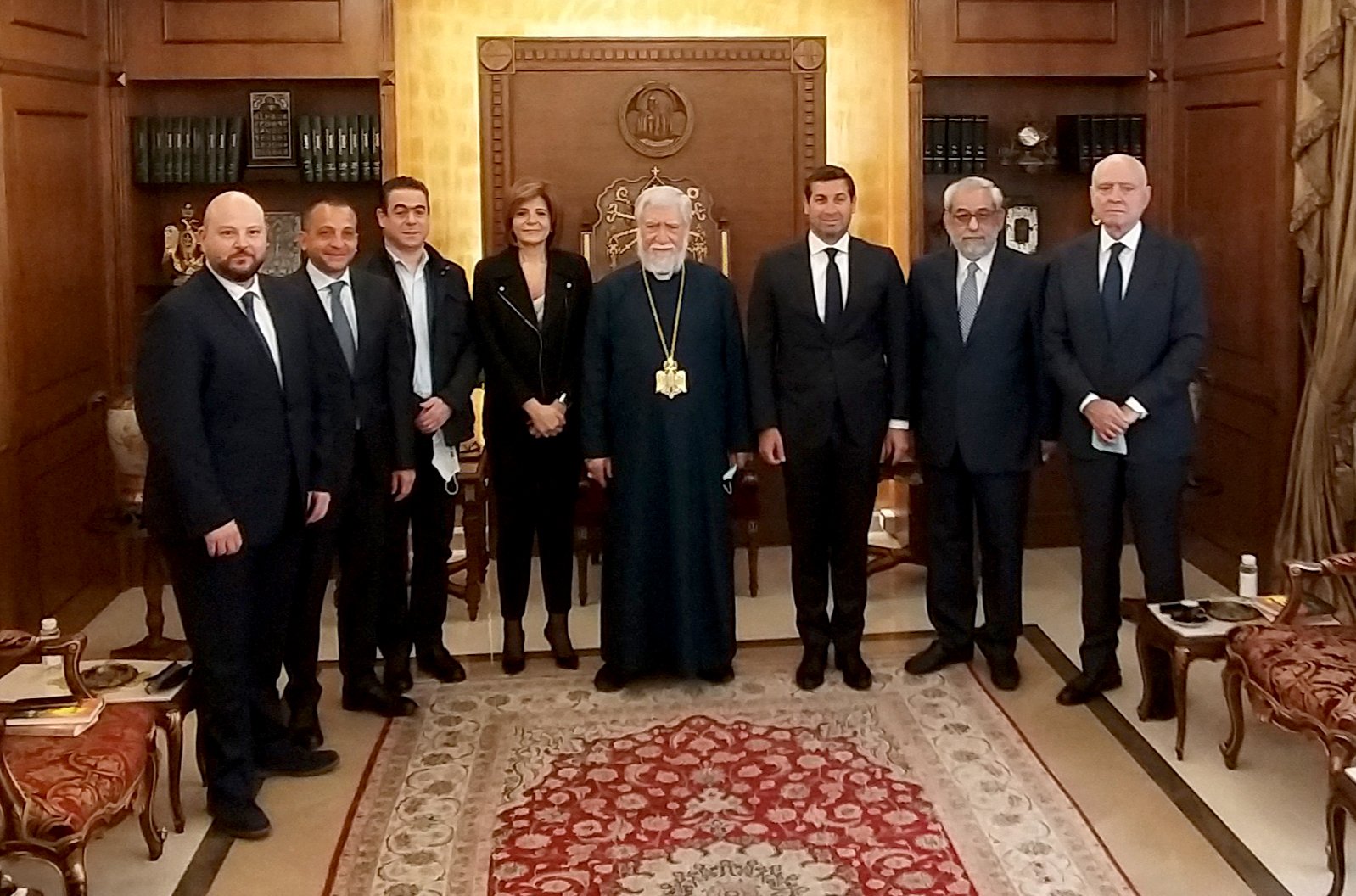 On Monday morning, April 26th, 2021, His Holiness Aram I received delegations representing the Lebanese Forces and the Free Patriotic Movement respectively. The delegations consisted of members of parliament and ministers. Present to the meetings was Armenian MP Hagop Pakradouni, head of the Armenian Bloc.

After laying wreaths in front of the Armenian Genocide Martyrs Chapel as a token of respect, the delegations were welcomed by His Holiness in the hall of the Catholicosate.

During the meeting they expressed their solidarity with the Armenian people and welcomed the President Joe Biden’s statement commemorating the Genocide, as well as condemned Turkey’s denialist and hegemonist policy.

The meetings also touched upon local matters and the current challenges faced by the Lebanese people.