THE KHATCHIG BABIKIAN FUND CALLS FOR THE SCHOLARLY STUDY OF ARTSAKH’S HISTORICAL, CULTURAL, AND POLITICAL SPHERES 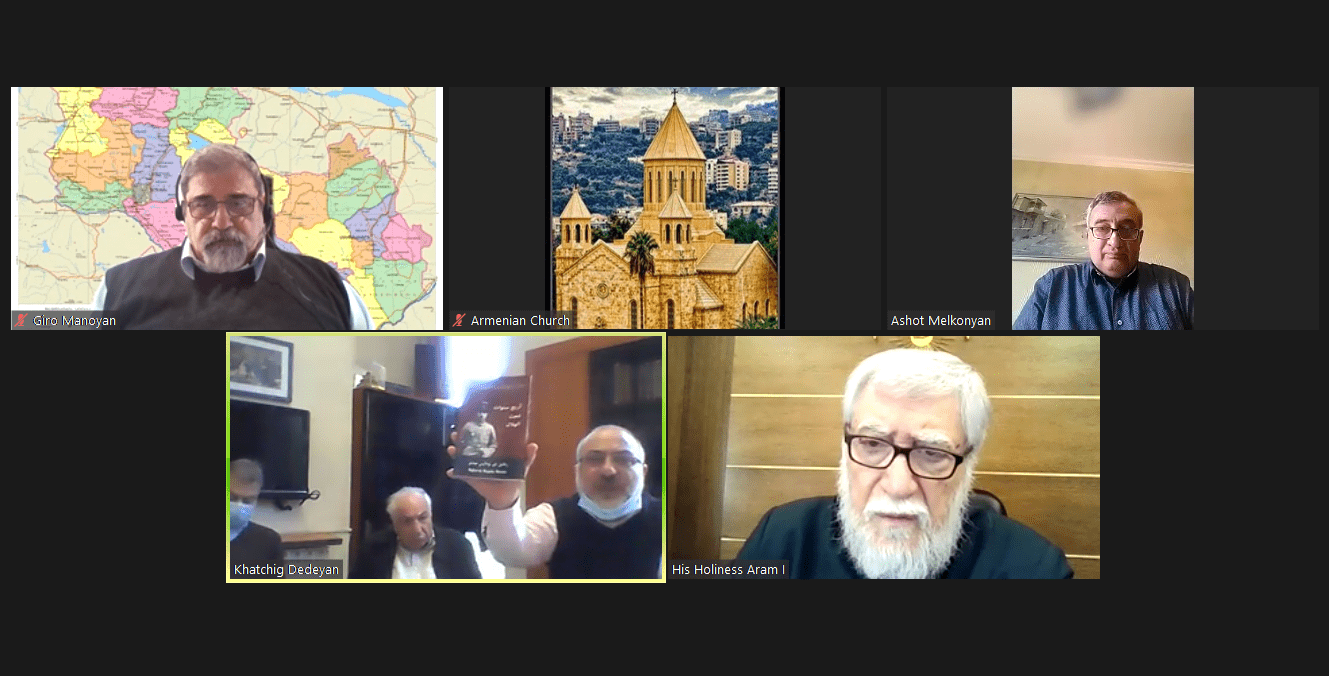 On Saturday, March 13th, 2021, the Khatchig Babikian Fund Committee held their virtual meeting presided by His Holiness Aram I, Catholicos of the Great House of Cilicia. The meeting was chaired by Yervant Pamboukian. Also present were Professor Ashod Melkonian, Shahan Kandaharian, Giro Manoyan, and Khatchig Dedeyan who are members in the committee.

The group also discussed the publication of the Arabic translation of Raphael de Nogales Mendez’s “Four Years Beneath the Crescent”. The translation was completed by Dr. Houri Azezian.

Oscar Lopez Goldarcena’s “The Armenian Cultural Genocide” and Dr. Khatchadour Stepanian’s “Issue of Establishing Soviet Power in Armenia according to the Public Political Thought in 1920-1930” were also sent in for publication.

Noting that His Holiness Aram I has declared 2021 “The Year of Artsakh”, the committee emphasized the importance of undergoing scholarly research of Artsakh’s historical, cultural, and political spheres. The committee agreed that research should be published in various languages and that a roundtable should also follow in forthcoming.