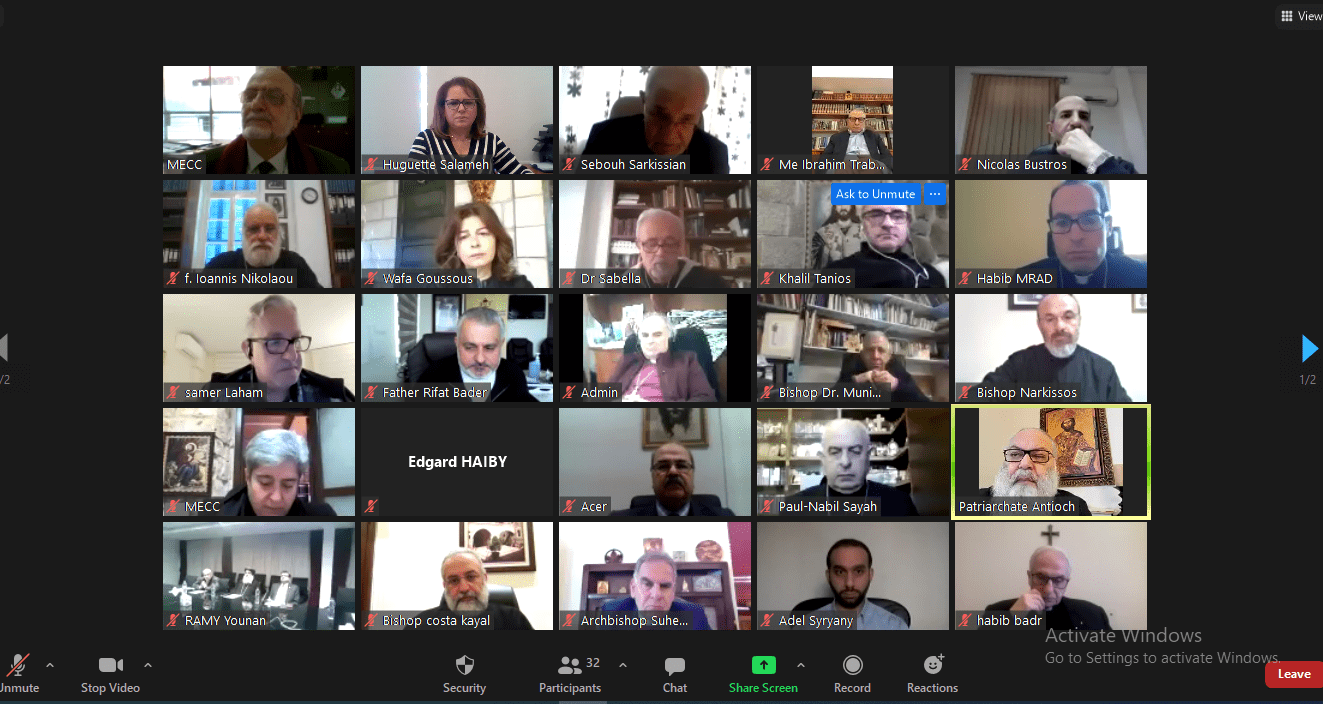 On Thursday February 25th, 2021, The Executive Committee of the Middle Eastern Council of churches held an online meeting. Archbishop Sebouh Sarkissian, Prelate of the Armenian Prelacy in Tehran, and Dr. Jean Salmanian, both members of the Executive Committee, attended the meeting on behalf of the Catholicosate of Cilicia.

Following approving the agenda and minutes of the previous session, which was held in Bkerke, Lebanon, on September 2020, the Secretary General Dr. Michel Abs briefed on the achievements of the Committee and introduced future work plans. The meeting also had a budget discussion and suggested to convene more frequently to closely follow developments within the region, as well as the life and testimony of the churches.