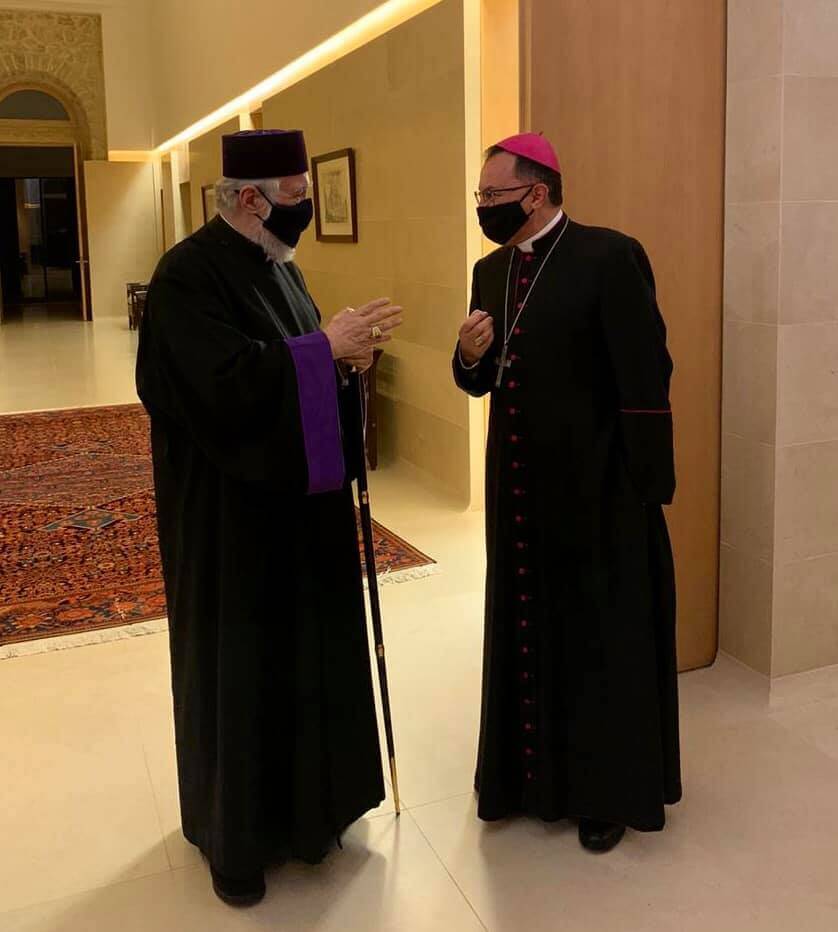 This evening, His Holiness Catholicos Aram I met H.E. Joseph Spiteri and exposed to him the conflict of the Republic of Artsakh in its historical and political context.

Speaking about the aggression of Azerbaijan against the peaceful population of Artsakh, His Holiness stressed the political-military support of Turkey to Azerbaijan, pointing out its far reaching implications. Aram I said that the political solution of the conflict is the recognition of Artsakh as an independent republic.

Catholicos Aram I expressed his thanks to His Holiness Pope Francis who twice mentioned the ongoing war against the Republic of Artsakh in his public statement and called for a ceasefire.

His Holiness Aram I also discussed the important role that the Vatican may play within the international community regarding the solution of the conflict.