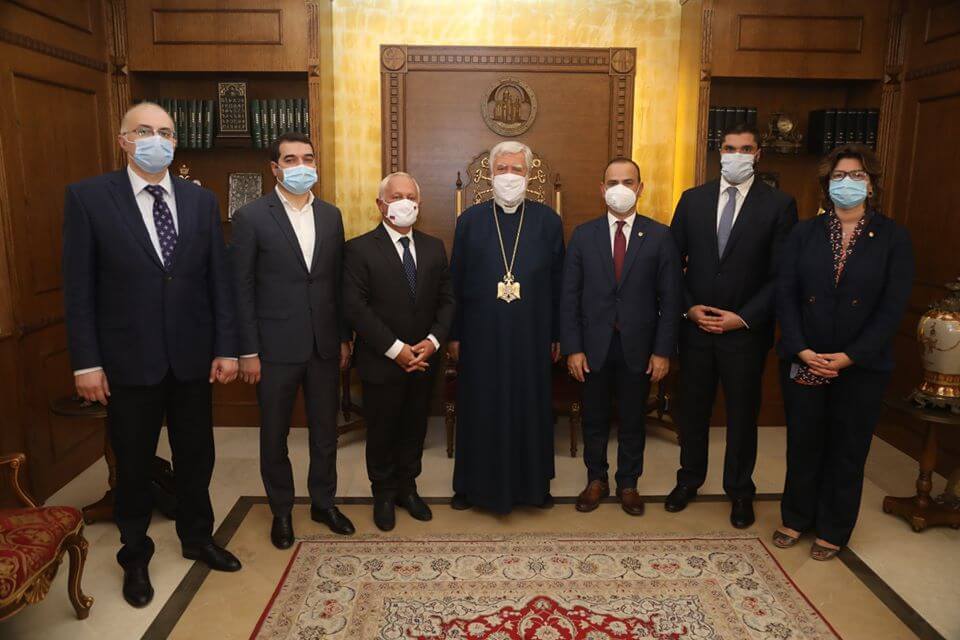 Following the Sunday Divine Liturgy, on August 9th, His Holiness Catholicos Aram I received the visit of the delegation of the Republic of Armenia composed of the Ambassador of Armenia to Lebanon Vahagn Atabekyan, Head of the Armenia-Lebanon Friendship Group Hrachya Hakobyan, High Commissioner for Diaspora Affairs Zareh Sinanyan, Chief of Staff to the Office of the High Commissioner Sara Anjargolian, Executive Director of Hayastan All-Armenian Fund Haykak Arshamyan, and Head of Deputy Prime Minister’s Office Serge Varak Sisserian.

The delegation had arrived to Lebanon on the first of the three aid flights from Armenia.

During the meeting with His Holiness, the delegation members briefed the Catholicos on the aim of their mission in Lebanon, in particular regarding assisting the Lebanese Armenian community.

The Catholicos commended their work and underlined that the restoration of the Lebanese Armenian community should be carried away in a joint effort and organized manner. He also stressed that instead of making or organizing partial donations, all donations should be made through the accounts established by the Catholicosate of Cilicia and the Hayastan All-Armenian Fund.