“ARMENIANS OF LEBANON, OUR ENTIRE NATION IS WITH YOU. THE STRENGTHENING OF THE LEBANESE ARMENIANS SERVES TO STRENGTHEN ARMENIA AND ARMENIAN DIASPORA.” HIS HOLINESS CATHOLICOS ARAM I 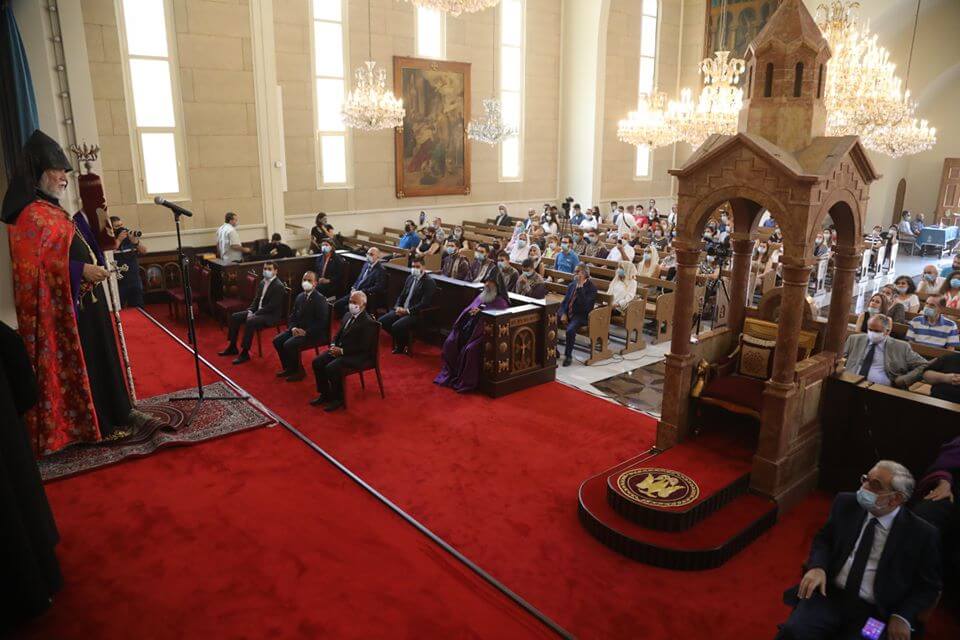 His Holiness Aram I presided over the Divine Liturgy celebrated on Sunday in St. Gregory the Illuminator Cathedral, where in attendance were the delegation representing the Republic of Armenia, the representative of the Armenian bloc in the Lebanese Parliament, representatives of the three Armenian political parties in Lebanon.

During the Divine Liturgy, His Holiness Aram I delivered his pontifical speech where he highlighted that the Armenian Lebanese community is not alone, and the entire Armenian nation stands with him, underlining that the strengthening of the Armenian community in Lebanon serves also to strengthen Armenia and the Armenian Diaspora, and adding that its restoration must be realized through a joint effort.