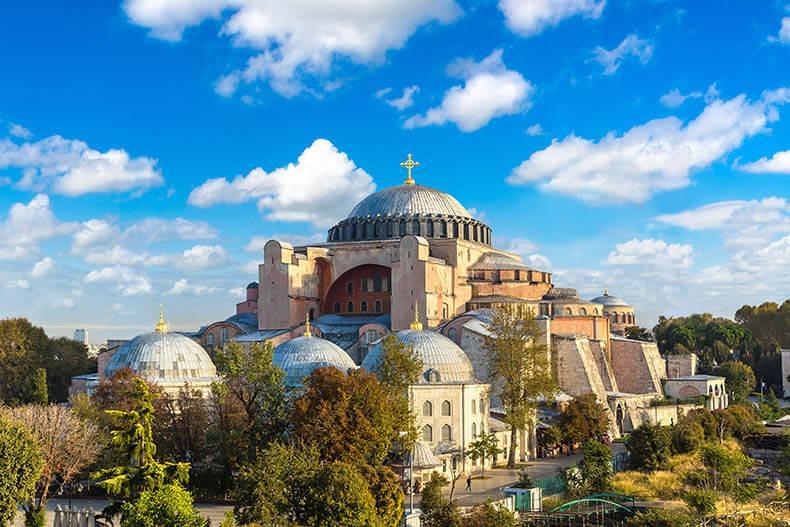 The recent ruling of the Turkish Administrative court paves the way for the Turkish President to convert Istanbul’s iconic former cathedral into a mosque.

Built in 537, the cathedral is considered a masterpiece of Byzantine architecture. In 1453, following the Ottoman conquest and the fall of the Byzantine Empire, the Ottomans converted Hagia Sophia into a mosque; then, in 1934, the Turkish secular government transformed it into a religious landmark museum. In the same year, UNESCO declared the museum, which symbolizes the meeting of Christian and Islamic faiths and cultures, a UNESCO Heritage site.

In the last few days, religious leaders and heads of the international community have appealed to Turkey to respect the status quo and not transform it into a mosque. Although the Armenian and International press have repeatedly asked for the opinion of Catholicos Aram I, he preferred to remain silent until the pronouncement of the ruling of the Turkish Administrative Court. In the light of the court ruling, His Holiness stated the following:

First, the initiative of the President of Turkey ignores the symbolic meaning of the spiritual and cultural monuments, as well as international conventions, and distorts historical facts.

Second, prompted by its internal and external interests, as well as its international political ambitions, Turkey is ignoring the reactions of its old and new friends.

Third, Turkey’s present policy will destroy the confidence gained so far in Christian-Muslim cooperation and dialogue on local, regional and international levels. Turkey is ignoring such warnings.

Fourth, the current ruling reveals the cynicism and hypocrisy behind Turkey’s stated intention to open up to the West and Christian communities.

Fifth, I ask the political and religious leaders to remember that soon after the Armenian Genocide, Turkey confiscated thousands of Armenian Churches and transformed them into bars, coffee shops and public parks ignoring the reactions and appeals of the international community.

Yes, genocide continues by the same genocidal authorities in the full view of the world. The chauvinist ideology of the Ottoman Empire is infiltrating and spreading throughout the Arab World and the West, reminded His Holiness Aram I.