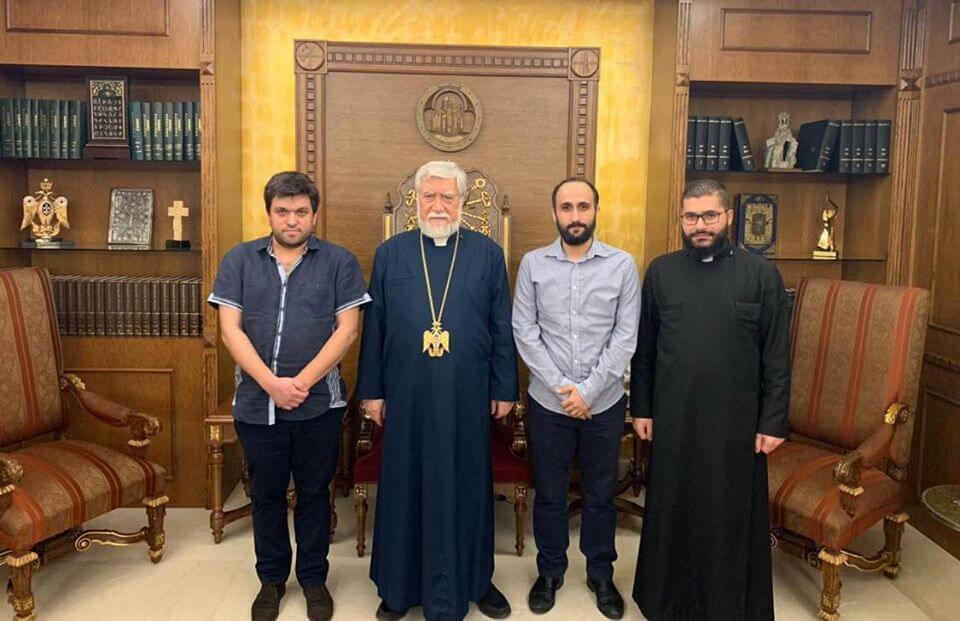 On Tuesday, November 19th, the committee members of the theatre company having their upcoming performance on 150th anniversary of Gomidas Vartabed’s birth, the Armenian prominent musicologist and composer, visited His Holiness Aram I, and officially invited him to their play.

Sponsored by the KOHAR Symphony Orchestra and Choir, the musical play is written in English by Lili Tovmassian, and translated to Armenian and directed by Souren Khedeshian. The songs of the musical will be performed by “Shnorhali” choir of the Catholicosate of Cilicia.

In honor of the great role played by Komidas Vartabed in the Armenian music and in recognition of this initiative presented by a group of young people, His Holiness will attend the event on Sunday, December 1st, 2019.