A LAST FAREWELL TO THE MOTHER OF HIS HOLINESS ARAM I 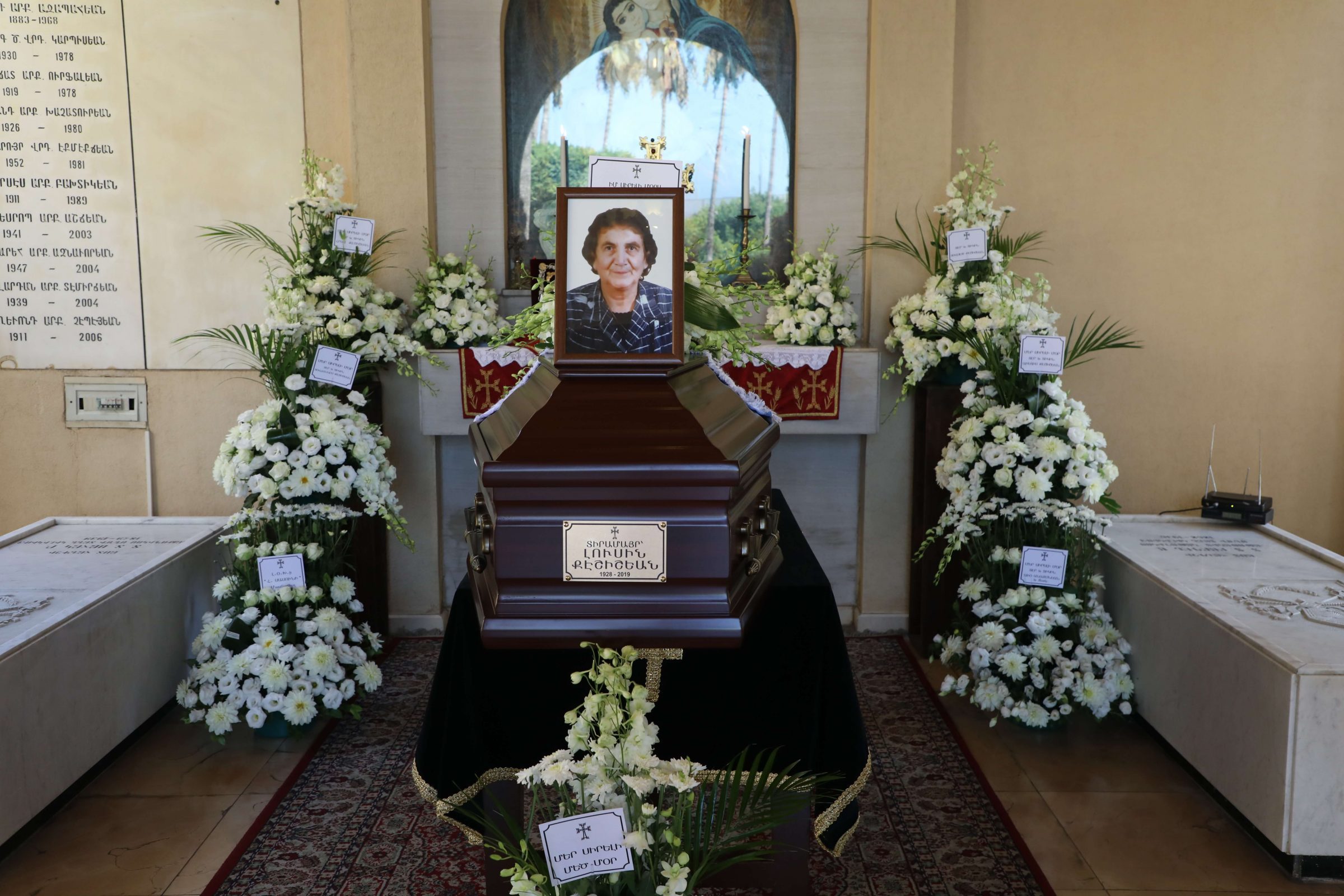 On Wednesday, September 18th, 2019, the funeral service of Lousin Keshishian, the mother of His Holiness Aram I, took place in the Catholicosate of Cilicia. Present at the service were the representatives of the Lebanese President, the Prime Minister and the Speaker of the Parliament , religious leaders and representatives, the brotherhood, the National Central Committee, Lebanese Armenian organizations, as well as family members, friends and faithful to the church.

The obituary was offered by Archbishop Nareg Alemezian, Prelate of the Armenian Prelacy of Lebanon. As a child of the Armenian Genocide survivor, Mrs. Keshishian has been able to endure all difficulties in life and not only form a family of six sons, one of whom has become a Catholicos, but also dedicate her time to serving the church and the community, stated the Prelate and concluded the obituary by reading His Holiness’ testimony of his mother.

Note that, Condolence letters were sent by the presidents of the Republic of Armenia and the Republic of Artsakh, the Prime Minister of Armenia, His Holiness Karekin II of Etchmiadzin, Armenian and non-Armenian church leaders, high ranking ecumenical officers, prelates and international organizations.