THE COMMITTEE OF THE LEBANESE FORCES VISITS HIS HOLINESS ARAM I 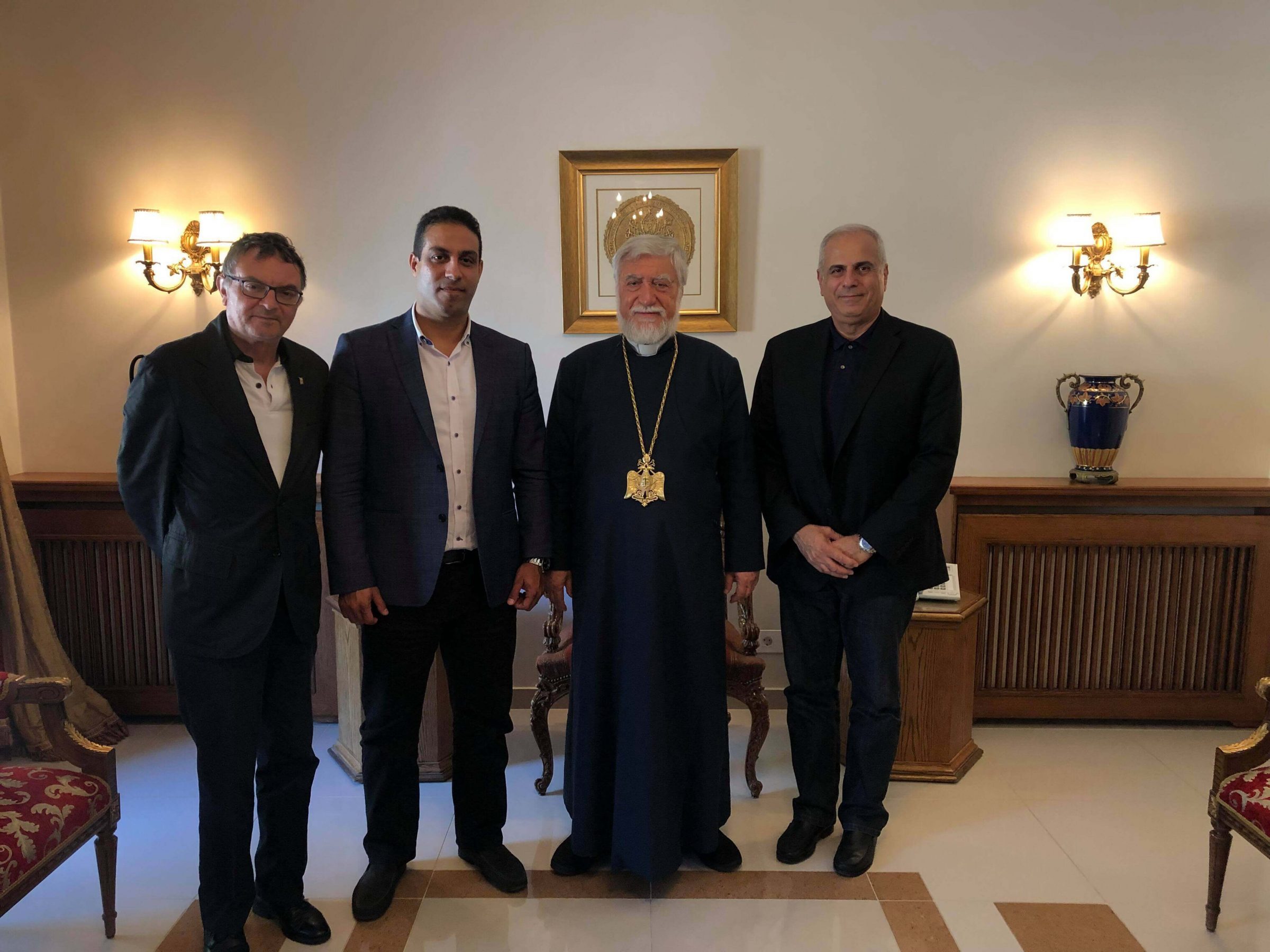 On Wednesday evening, July 24th, 2019, the committee of the Lebanese Forces visited His Holiness Aram I. After extending the Lebanese Forces leader Samir Geagea’s greetings and his respects to the Lebanese Armenian Community, the committee briefed the Catholicos the recent unfolding situation in Lebanon and informed him their stance. They also discussed the current challenges of Lebanon, especially on economic and political scales. In turn, His Holiness informed them his opinion and underlined the imperative to prioritize the internal unity of Lebanon.