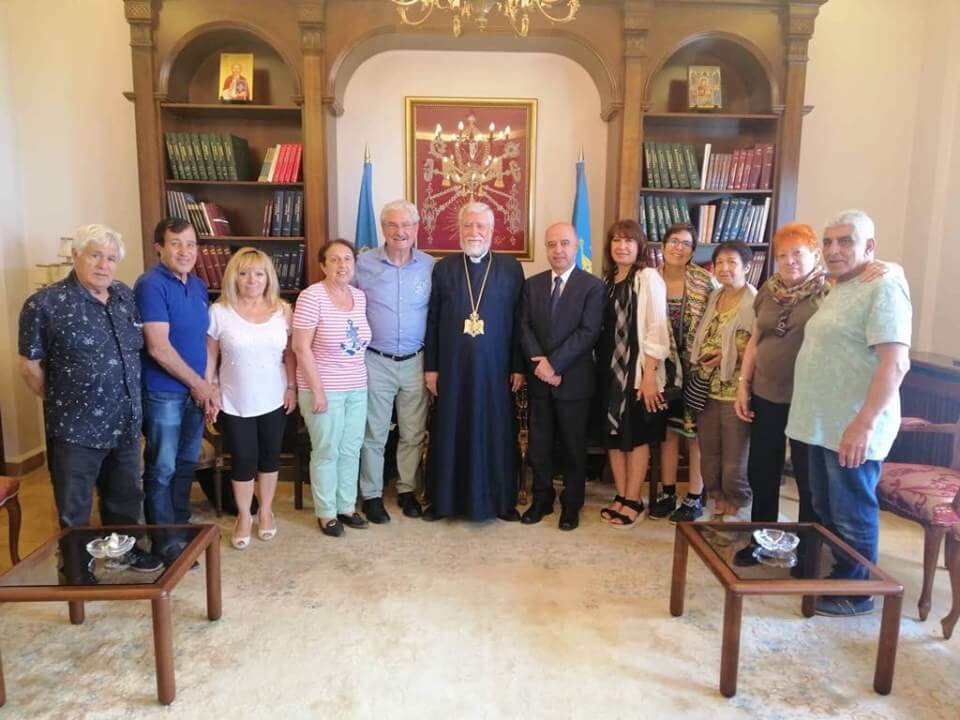 Later the day, the Catholicos received a delegation of Evangelist French Armenians headed by President of Haigazian Univeristy Rev. Dr. Paul Haidostian and Rev. Gilbert Levonian from France. The guests conversed with His Holiness on topics related to the Armenian Church and its theology and its role in Ecumenism. The visit was concluded with a tour of the St. Mary Monastery.

Note that St. Mary Monastery in Bikfaya is undergoing renovations. On this day also, His Holiness Aram I paid an inspection visit to the construction sites which include the Episcopal Residence and the Guesthouse, as well as the playground and the entrance of the Seminary.