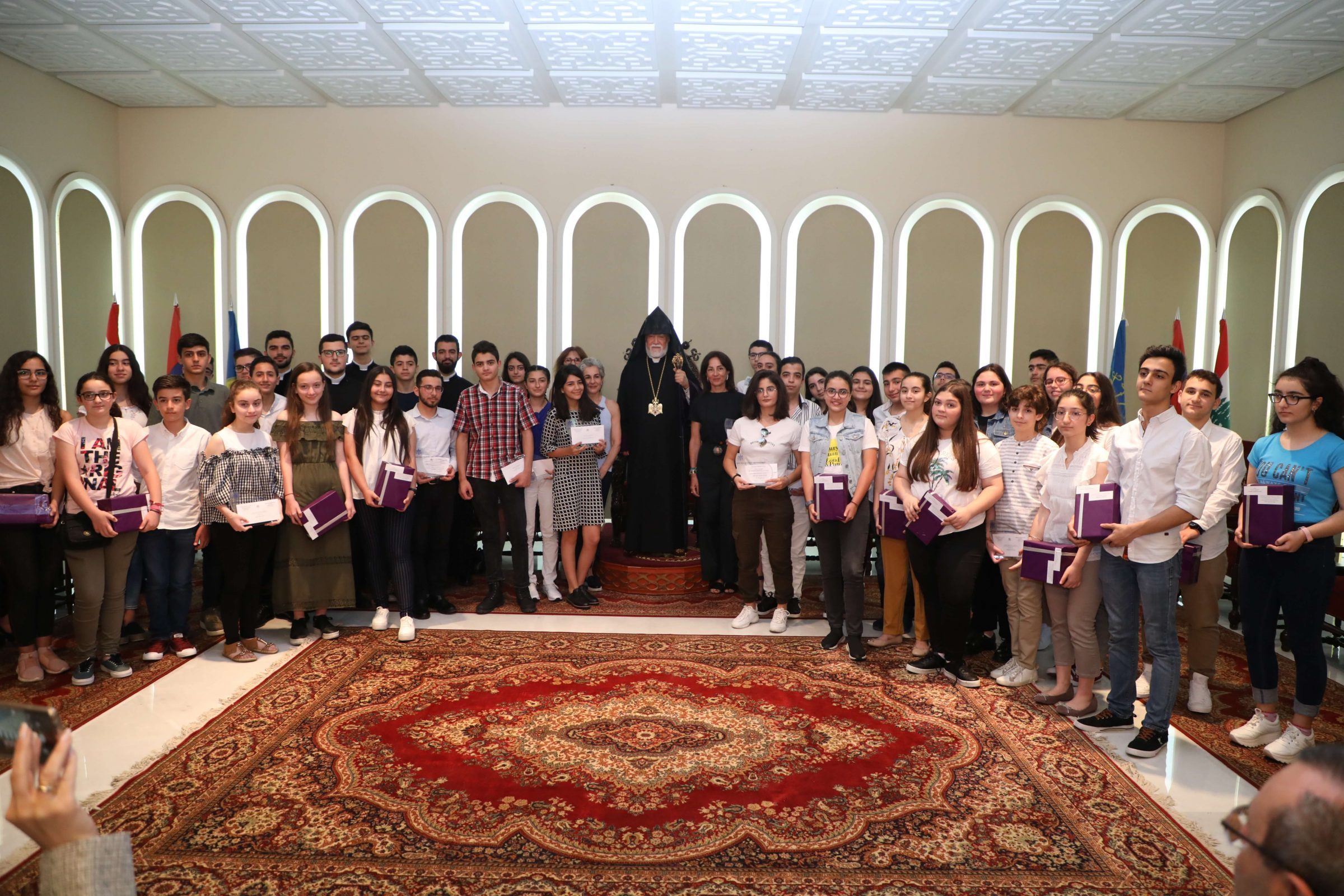 The director of the department Jirayr Tanielian delivered the welcoming remarks and gave a brief account of this year’s competition, stating that out of 121 student participants, 25 had received awards and 17 had received recognition of distinction awards.

His Holiness Aram I delivered his pontifical speech, where he commended the organizers and the participant schools and students for their efforts, as well as the enthusiasm and dedication to keep the love of the Armenian language and literature alive among the adolescents. He underlined that the aim of the "Khatchig Babigian" Fund is to be a tool for growing the interest in the Armenian culture. Finally, he expressed his joy of seeing that the daughters of Khatchig Babigian continue the mission of their father.