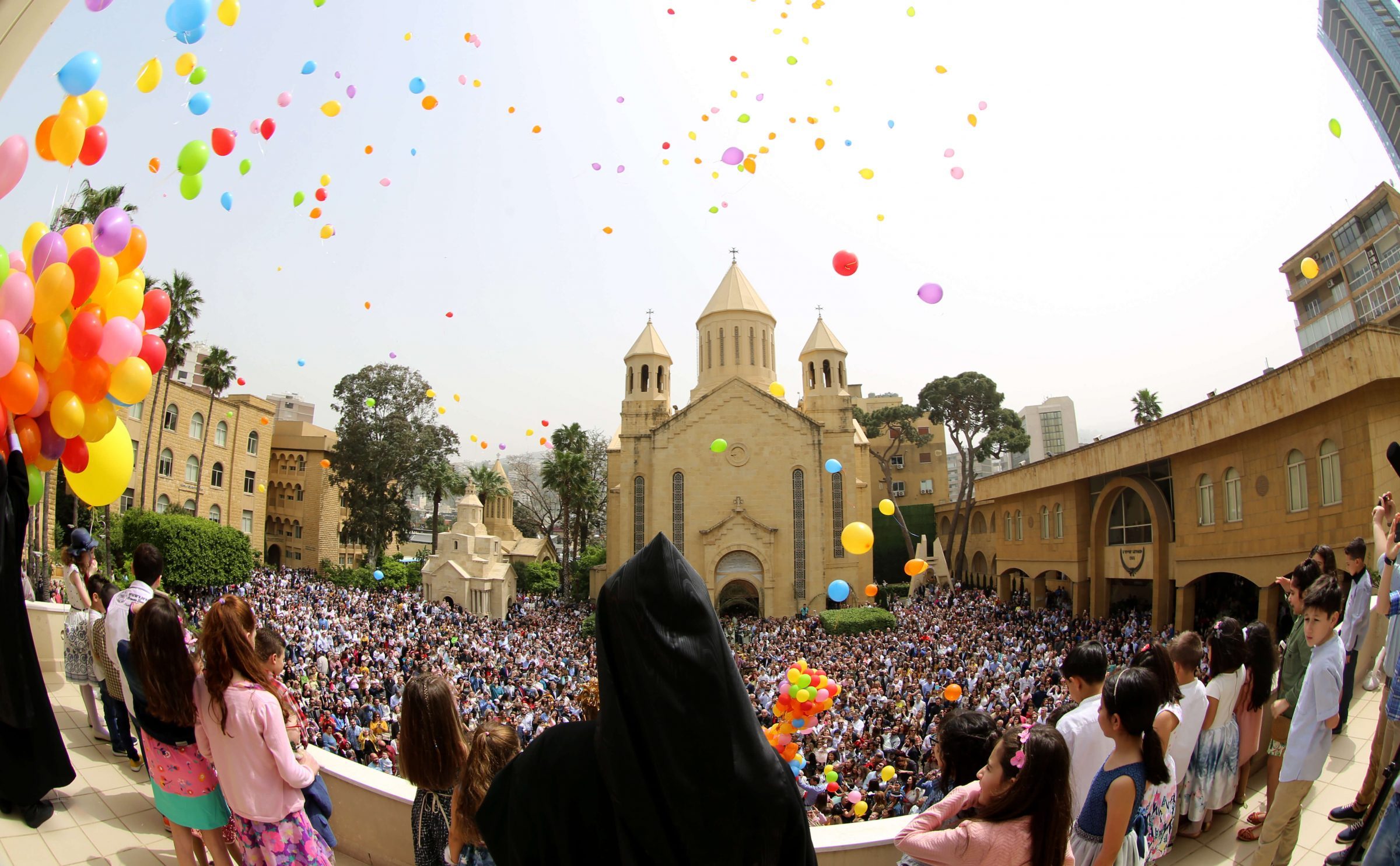 On Palm Sunday, April 14th, the Catholicosate of Cilicia was crowded with its faithful, who had gathered there to mark the triumphant entrance of Jesus into Jerusalem. On this occasion, Archbishop Gomidas Ohanian celebrated the Divine Liturgy.

After the traditional procession led by the Archbishop and the Seminarians and followed by a large number of families with their children holding olive branches and candles, His Holiness Aram I, surrounded by Sunday School children, delivered his pontifical message from the platform of the Catholicosate.

Greeting the faithful, he said that following the example of Jesus’ entrance into Jerusalem, we are to open ourselves before our Lord so that He can enter into our lives and shower us with His blessings. Pointing to the children gathered around him and in the courtyard of the Monastery, and to the newborn baby in his arms, His Holiness stated that the children make life blossom more with their presence in our church and community lives.

Palm Sunday celebrations continued at the Main Hall of the Catholicosate where His Holiness received the children and blessed them. They were also handed gifts and taken souvenir photographs with His Holiness.

Note that, on the evening of the same say, the Opening of the Portals ceremony took place at the cathedral. His Holiness Aram I presided over the ceremony, which symbolizes the Second Coming of Jesus Christ and opening the door of Salvation.