A DELEGATION FROM THE CHURCH OF DENMARK VISITS ANTELIAS 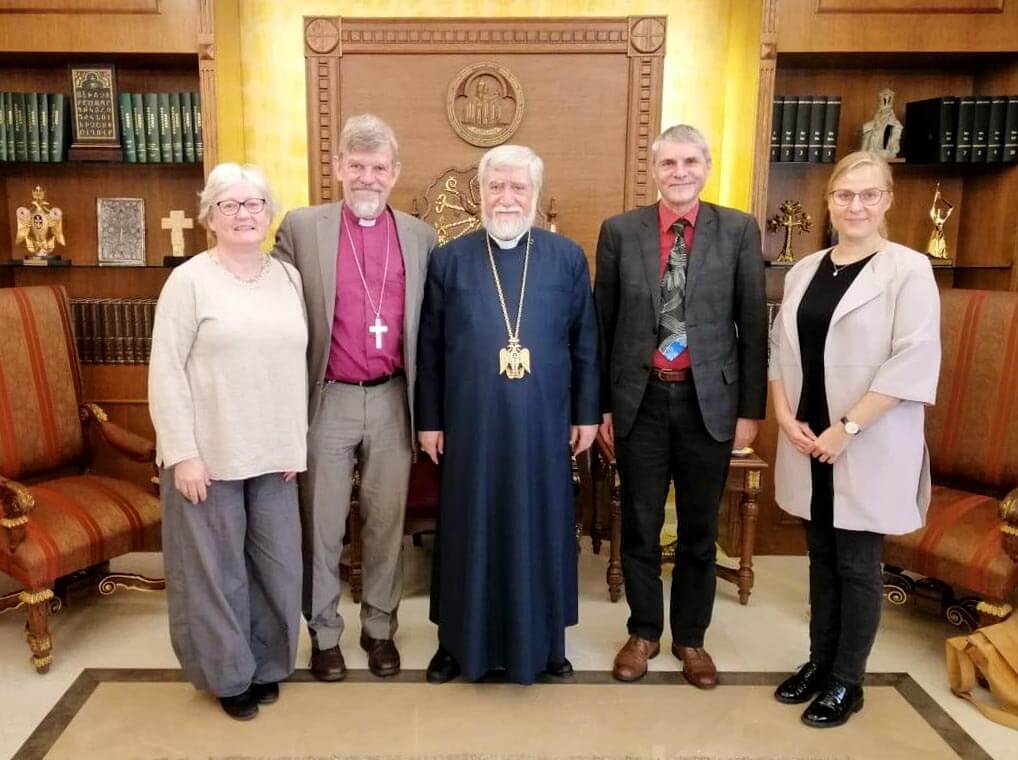 On Friday, April 5th, 2019, a high-level delegation representing the Evangelical Lutheran Church in Denmark visited the Catholicosate of Cilicia and met with His Holiness Aram I. The delegation consisted of the Bishop of Copenhagen, the Chair of the Ecumenical Relief Committee and the Representative of the Danish Church in the Middle East.

The meeting was an opportunity to talk about the centuries-old relations between the two Churches, especially during the time of the Armenian Genocide. The Danish Church has played a pivotal role in humanitarian aids and orphan-collecting work. In fact, the Danish missionary Maria Jacobsen had dedicated her entire life to the Armenian survivor orphans, and established the Birds’ Nest Orphanage in Byblos, which functions till today.

His Holiness Aram I underlined the imperative of maintaining and revitalizing the relations, and in turn, the delegation stressed that the Armenian people and the Church hold a special place in the Danish collective memory and reassured their support to both the people and the church.

During the meeting, they also talked about issues concerning Christian-Muslim relations. Here, His Holiness emphasized the crucial role of dialogue in multicultural and multi-religious societies.

After the meeting, the delegation toured the Catholicosate and visited the Armenian Genocide Martyrs’ Chapel to paid their respects.