THE GOVERNOR OF BEIRUT VISITS HIS HOLINESS ARAM I 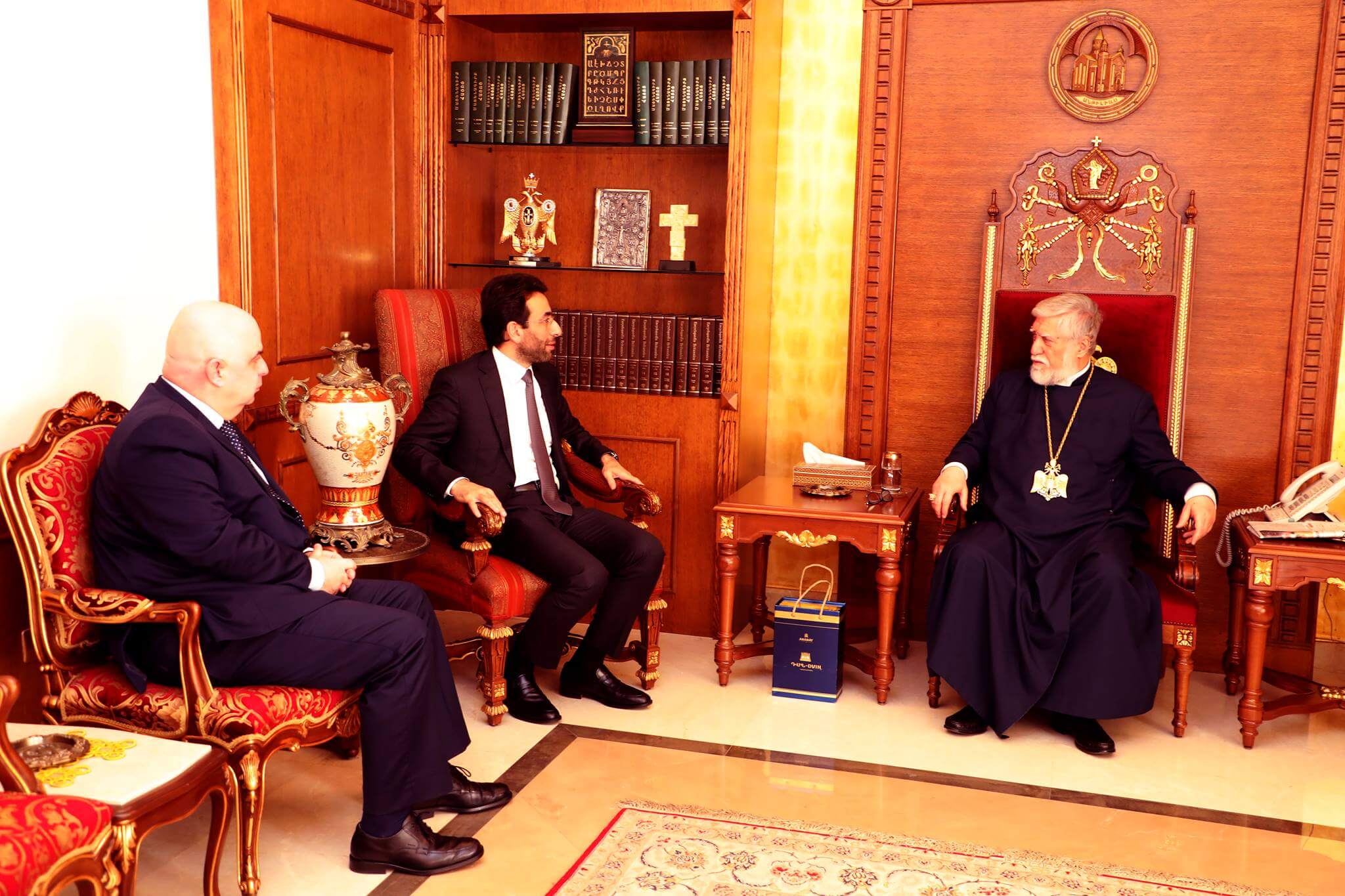 His Holiness also received Aleksan Musheghian, Defense Attaché Colonel of the Armenian Embassy in Lebanon, and Davit Alaverdyan, Secretary of the Embassy. The guests handed a letter to the Catholicos on behalf of Ararat Mirzoyan, President of the National Assembly of Armenia.