CONSULTATION ON THE SILK ROAD (OBOR): REMEMBERING THE OLD AND THINKING OF THE NEW 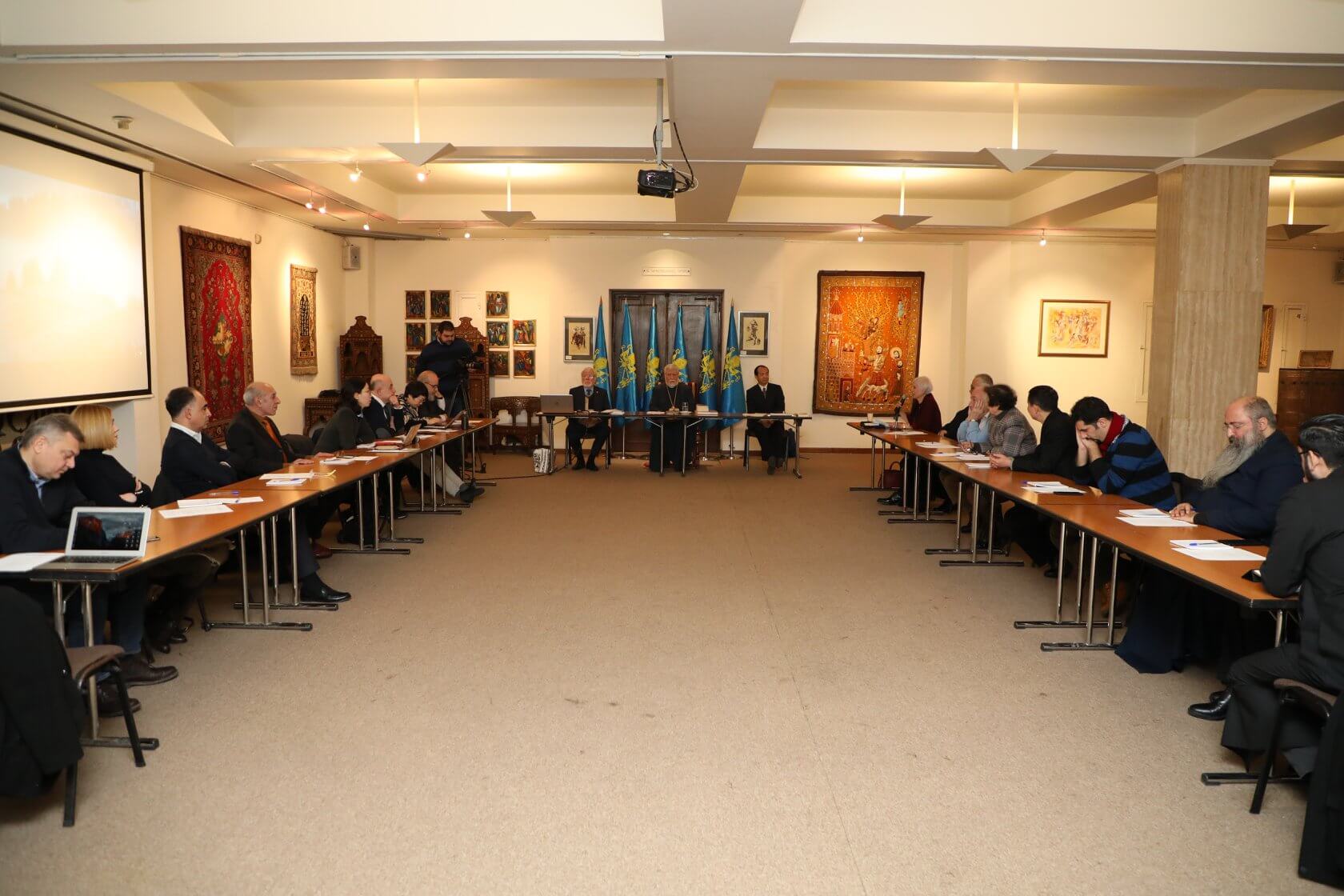 A consultation on “Religions in OBOR,” entitled “The Silk Road (OBOR): Remembering the Old and Thinking of the New, was held at the Armenian Church, Catholicosate of Cilicia on Monday, January 7th, 2019. His Holiness Aram I presided over the consultation, which was initiated by Minzu University of the China (University of Minorities) and the Geneva Agape Foundation (GAF).

The consultation is the first in a series of meetings planned to take place over the next five years. The five-year international research program was launched on May 31st 2018 by the Academy of Religions, Minzu University of China, with the participation of Chinese and international scholars. The first consultation focused on the role of the Armenian Church along the Silk Road. Experts from China, Switzerland, France, and Lebanon presented papers on the theme.

At the opening session, His Holiness Aram I welcomed the guests and thanked them for choosing the Armenian Church, Catholicosate of Cilicia to launch the research project. Aram I gave a detailed account on the role of the Armenian Church historically and in the present, and spoke of its people-centered self understanding as Church. He stated that the openness of the Armenian Church rendered it not only a leader, but also a servant of its people. Finally, His Holiness spoke of how the Armenian Church, Holy See of Cilicia has historically acted as a bridge between different peoples and cultures and between the East and the West, always without compromising its identity. “Because of this role as bridge builder and its rich spiritual heritage,” he said, “the Holy See of Cilicia has consistently provided ethical values and promoted a culture of dialogue.”

The welcoming remarks were delivered by Teny Pirri-Simonian, President of the ARMENOFAS Foundation. The first session included presentations by Prof. You Bin, Chairperson of the Academy of Religions, Director of the Institute of Comparative Scripture and Interreligious Dialogue, Director of Research Institute of Belt and Road Religions, and Vice-Chairperson of the China Association of Religious Studies, and Dr. h.c. Christoph Stückelberber, President and Founder of Globethics.net and Executive Director of the Geneva Agape Foundation. History Professors Claude Mutafian and Raymond Kevorkian also presented papers.

The consultation concluded its sessions on Wednesday, January 9th, 2019.

The report of the consultation will be published in the forthcoming months in Chinese and English.