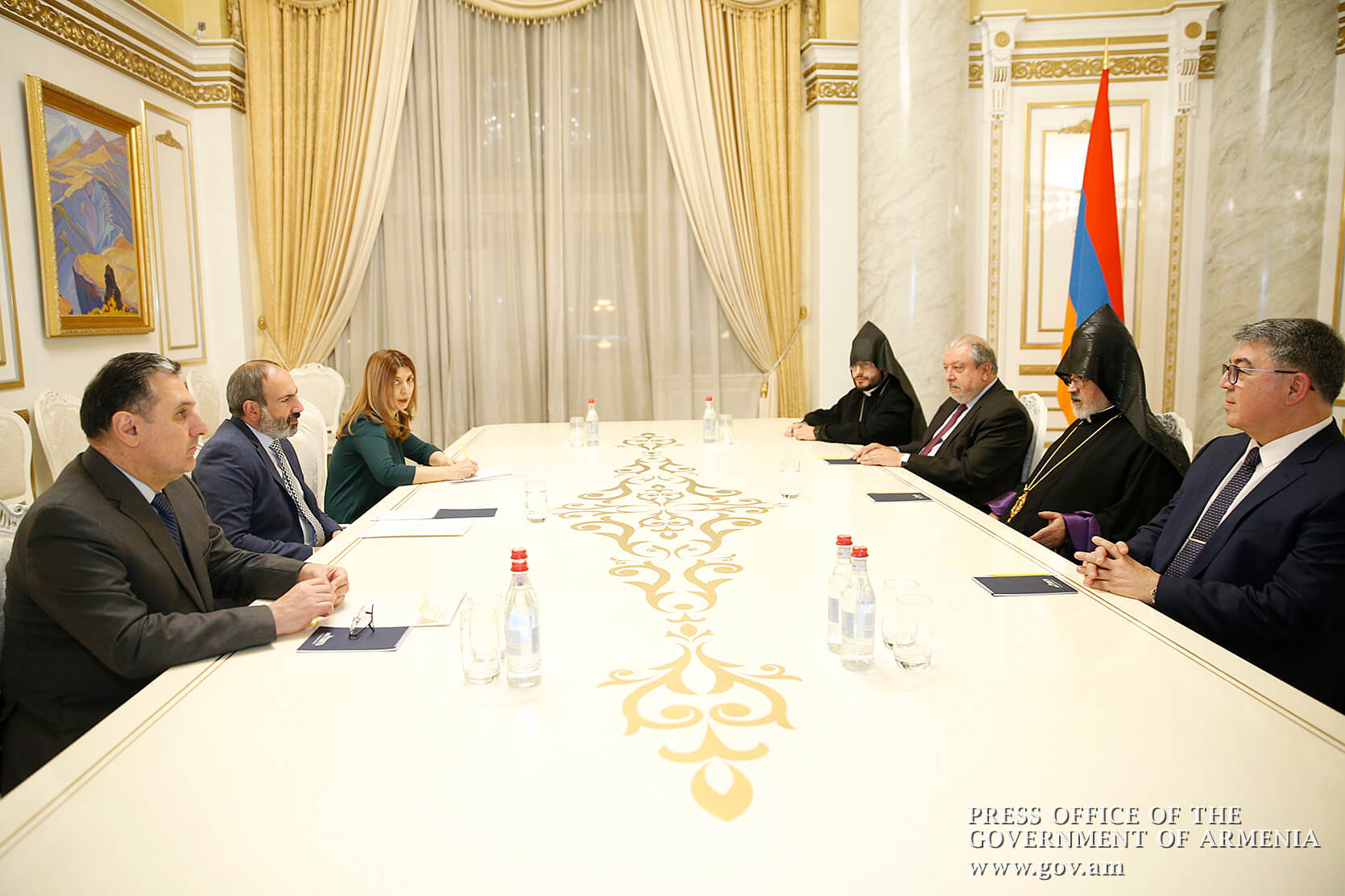 On Monday, December 17th, 2018, a delegation representing His Holiness Aram I and the Catholicosate of Cilicia met with the Acting Prime Minister of the Republic of Armenia H.E. Nikol Pashinyan, in the Government Building, in Yerevan. The delegation was composed of co-chairs of the Central Committee of the Catholicosate, Mr. Stepan Der Bedrossian and Mr. Krikor Mahseredjian, the chairman of the Cilician Brotherhood’s Executive Committee Bishop Shahe Panossian, and the director of information and communication department V. Rev. Fr. Bedros Manouelian.

The delegation congratulated the newly-elected Parliament and the victory that “My Step’’ alliance of Mr. Pashinyan had achieved, wishing him success in his new mission. The delegation also presented to the Acting PM a letter from His Holiness Aram I. The Prime Minister recalled with joy his meeting with His Holiness, in November, in Antelias and said that he is looking forward for new meetings with His Holiness to discuss issues of common concern.