THE ARMENIAN CHURCH, CATHOLICOSATE OF CILICIA, PARTICIPATES IN THE PARIS INTERNATIONAL CONFERENCE ON CHRISTIANS OF THE ORIENT 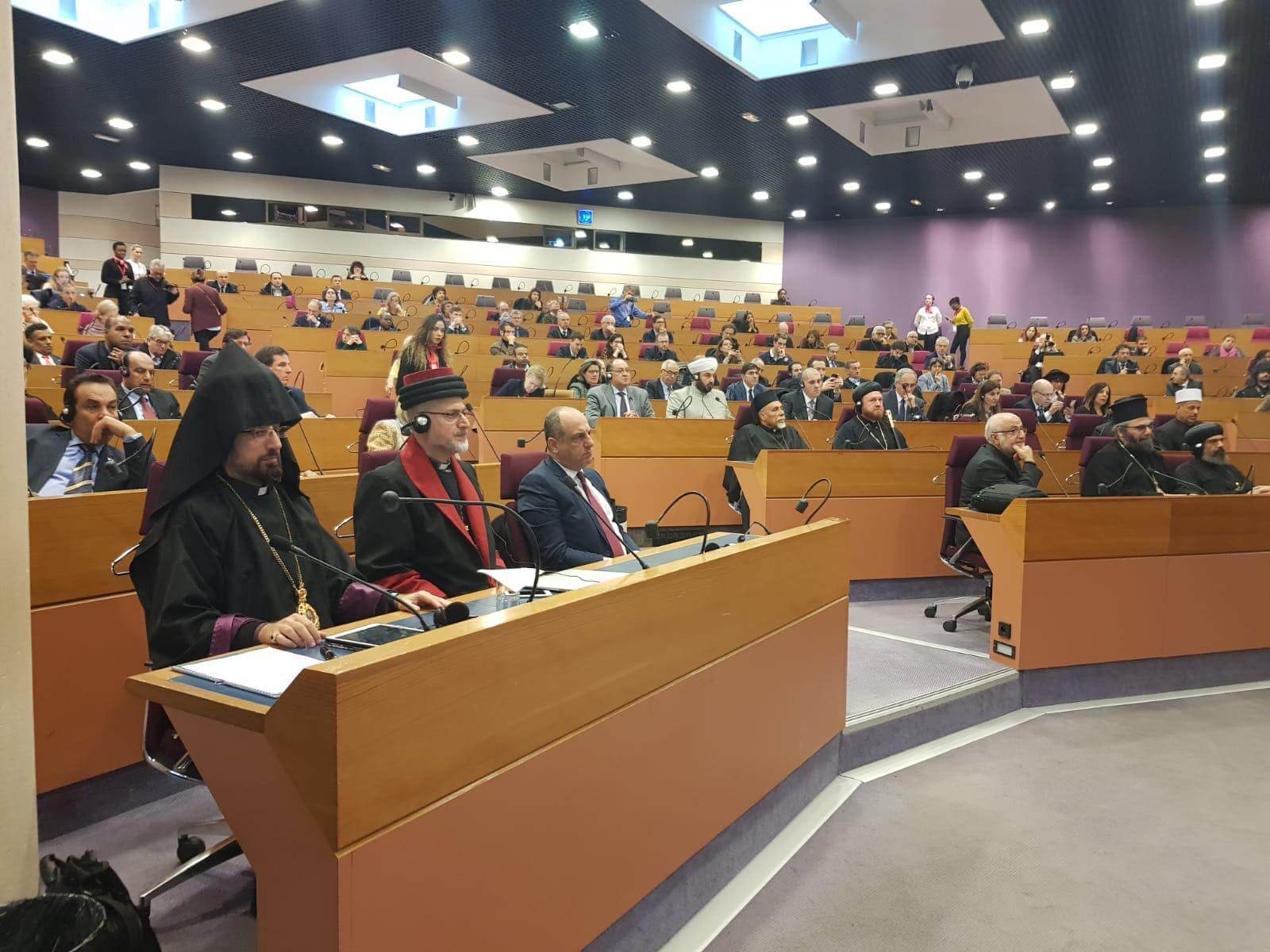 On Tuesday, December 11th, Bishop Masis Zoboyan, Prelate of Kuwait and the Neighboring Countries, represented the Catholicosate of Cilicia at the Paris International Conference on “Ending Discrimination Against Christians and Minorities in the Orient,” organized by the Coordination of Christians of the Orient in Danger (CHREDO).

In his presentation, Bishop Zoboyan underlined that extremism and intolerance threaten Christian-Muslim coexistence in the orient, which has been the cradle of different religions, cultures and civilizations. He stressed the importance of restoration of peace in the Middle East with each community practicing their own faith and traditions. Bishop Masis also expressed hope that those who have left their homes due to the conflicts and wars, would be able to return to their homelands and be able to live in dignity and peace.

Following the conference, “Paris International Proclamation” was released condemning discrimination and violence against Christians and other minorities of the East, including Yezidis, and calling on the international community to avoid contributing to confusion between terrorist groups and Islam.