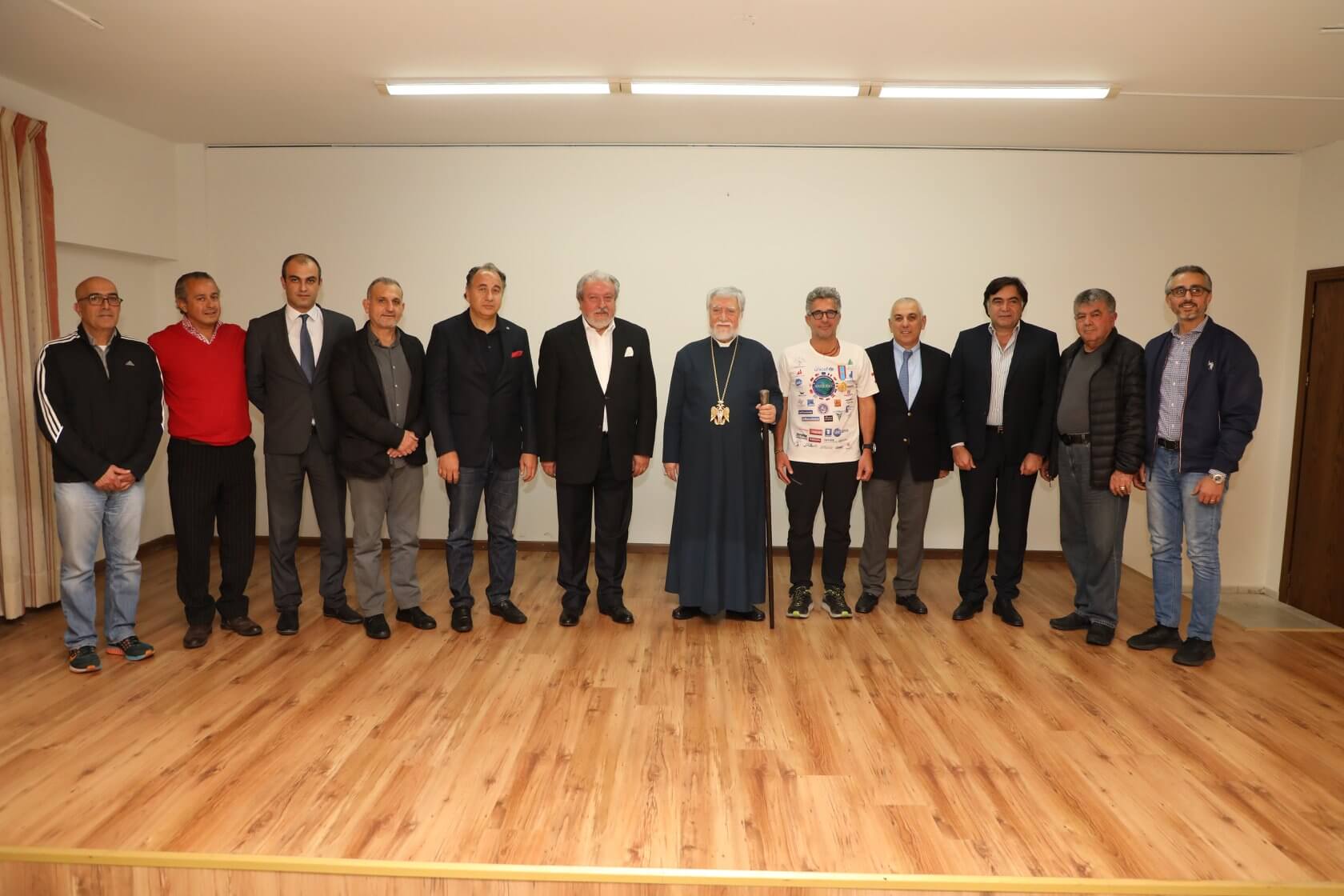 On Friday, November 23rd, 2018, The Catholicosate of Cilicia hosted mountaineer and runner Ara Khatchadourian at the Armenian Theological Seminary in Bikfaya. Khatchadourian had climbed, among others, Mounts Ararad and Everest and crossed 4550 km from Marseille to Yerevan in 107 days to make a call of peace to the world. In his recent accomplishment on Mount Everest, Khatchadourian had erected the Armenian, Lebanese and French flags, as well as placed the Holy Bible on the highest summit.

Rev. Boghos Tinkjian delivered the opening speech of the evening and gave a brief account of the athlete’s life before welcoming him to the stage.

Khatchadourian, in turn, thanked His Holiness for receiving him and giving him the opportunity to present his voyages. Introducing his journeys through two short videos, Khatchadourian stressed that through faith and strong will he was able to surpass all physical difficulties he had encountered along the way. He underlined that only through conversing with the adolescents and youth about his adventures he considers himself conquering summits. Khatcahdourian then answered the questions paused to him.

Finally, His Holiness Aram I took the stage. He commended Khatchadourian for his perseverance and saluted his initiative of placing the Holy Bible on the Mt. Everest summit. The Catholicos stated that in the 5th century and with the creation of the Armenian Alphabet by St. Mesrob Mashdots, a monumental translation was conducted. The first translation was that of the Holy Bible. Centuries later, Khtachadourian had placed the Holy Bible in Armenian on Mt. Everest and this initiative is very applaudable. For this, His Holiness bestowed upon him the “St. Mesrob Mashdots” insignia.