THE STATE DRAMA THEATER OF GYUMRI VISIT HIS HOLINESS ARAM I 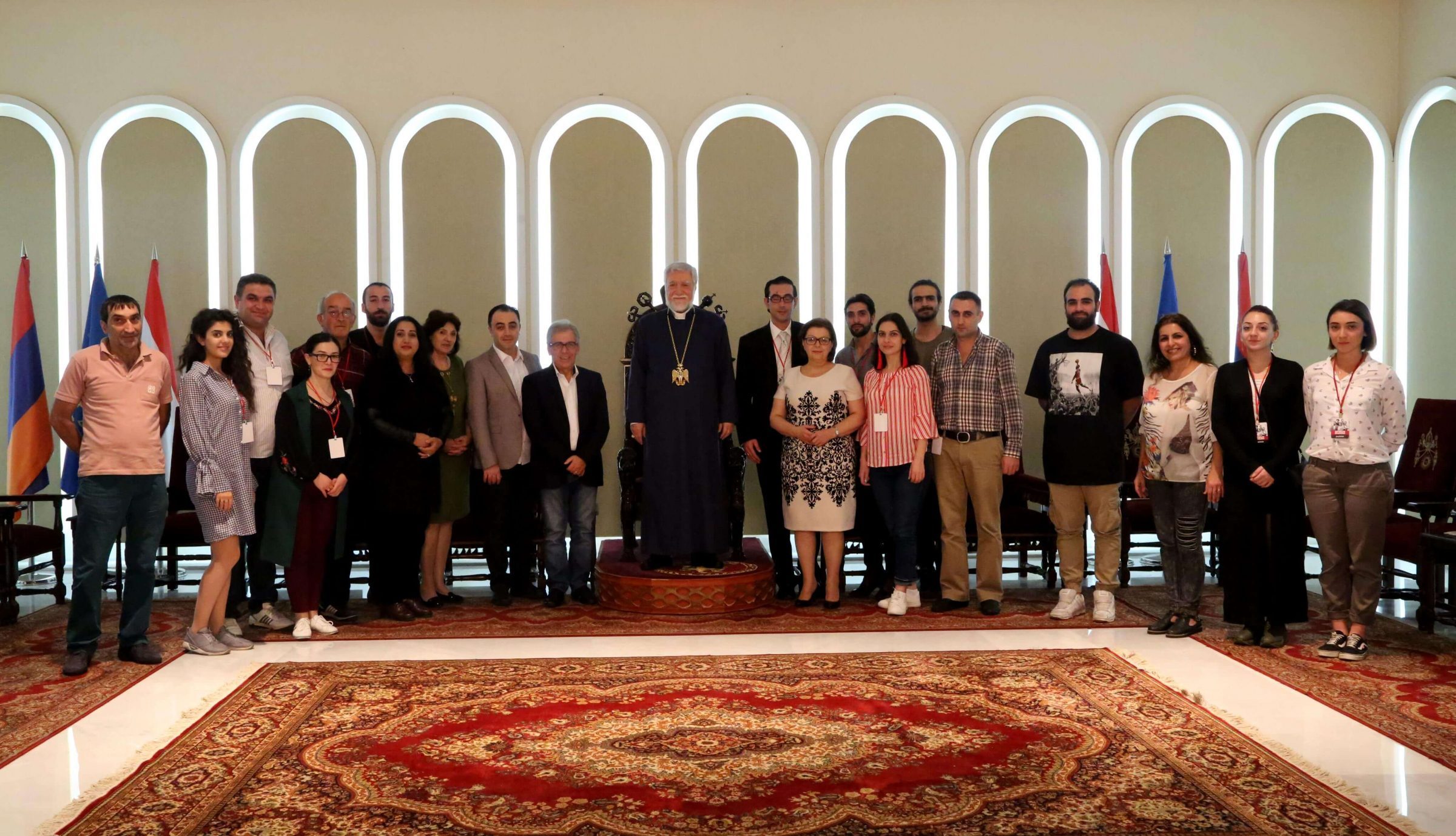 On November 8th, His Holiness Aram I received a delegation from the committee of the "Kaspar Ipegian" Theater Company of Hamazkayin accompanied by the "Vardan Adjemian" State Drama Theater of Gyumri (Armenia). The latter was invited to Lebanon by the Theater Company to perform three of their plays: "Wedding in the Rear" dedicated to the April Four-Day War in Artsakh in 2016, "Eyes of a Blue Dog" and "Casting for Love."

Lyudvig Harutyunyan, the artistic director of the Vardan Adjemian Theater and the director of "Wedding in the Rear," took the stage to thank His Holiness for the warm reception. He then introduced the Drama Theater of Gyumri and the actors, as well as presented their current projects and future plans.

In turn, His Holiness saluted the guests and commended their accomplishments in their field. The Catholicos also underlined the role of theater in culture, education and literature.