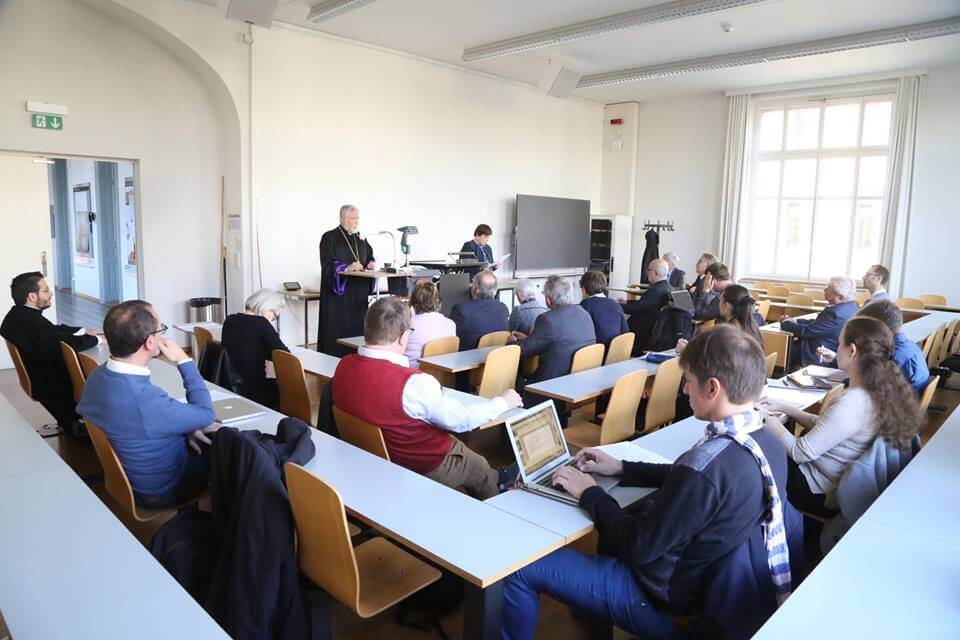 On October 26th, His Holiness Aram I was invited to the University of Bern to deliver a lecture at the Faculty of Theology on “Challenges for the Churches in the Middle East.”

Following this, His Holiness gave a detailed account of the challenges, shedding light on the Christian migration from the region, the political representation, rights and demands, social services provided by them, and the effect of extremism in their daily lives, which targets the entire region, including Muslims. Talking about solutions and ways to overcome these challenges, His Holiness Aram I underlined the importance of the dialogue between the three monotheistic religions.

The lecture was followed by a Q&A session.

Present at the lecture were the Vice-Chair of the faculty Prof. Dr. Angela Berlis, who delivered the introductory remarks, as well as professors, academicians and authorities involved in ecumenical and inter-religious relations.