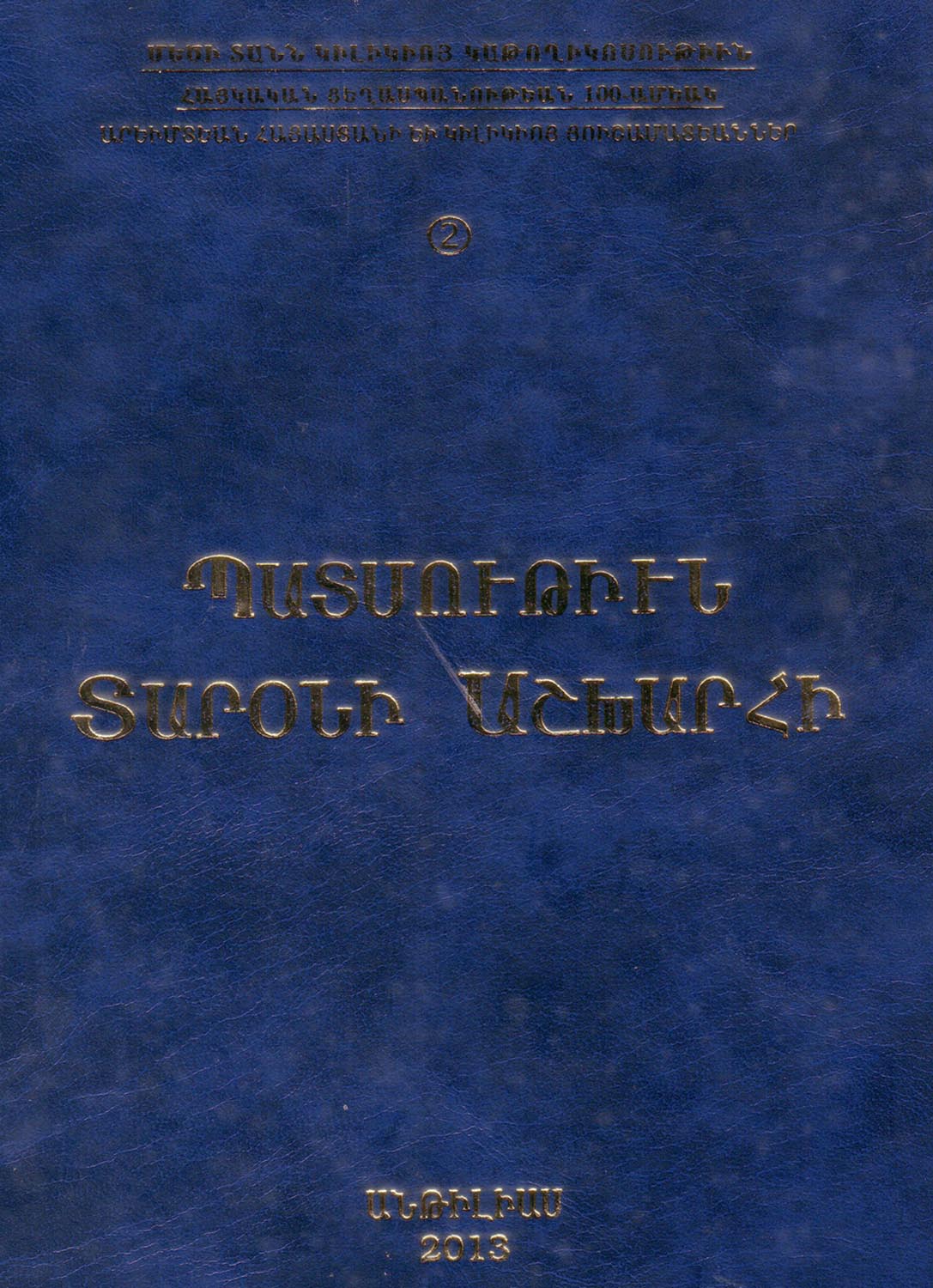 History of Taron and Its Regions

His Holiness Aram I continues to supervise the publication of the new series of history books that bear witness to the 20th Century atrocities committed against Armenians in the towns and villages of Armenia and Cilicia.

Following the publication of the volume on Adana, the current volume is devoted to Taron and its regions. The book was first edited and published by the late teacher and historian, Garo Sassouni in 1957. The current volume has been re-edited by Jirayr Tanielian, literary critic and editor of the journal “Kamar.“ Tanielian has succeeded in bringing into life the customs, epic literature and traditions of Moush, Sassoun and their surroundings.