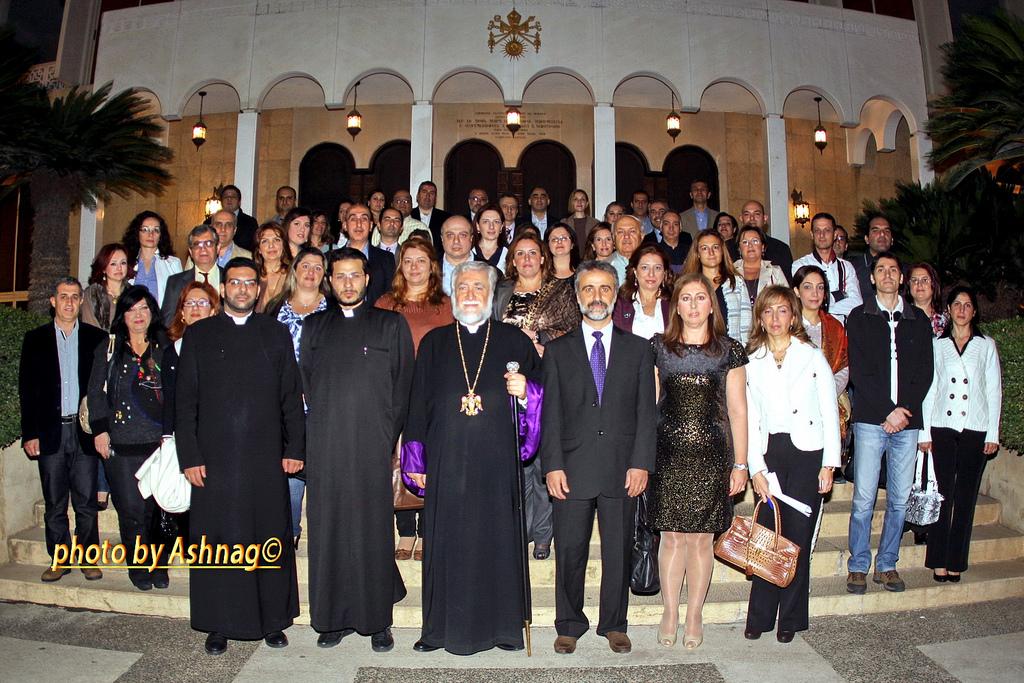 On 16 December 2012, representatives of ACUSA, following up an earlier meeting, which had been initiated by His Holiness Aram I, met with the Catholicos to discuss their plans for future activities. The Catholicos appointed a committee of eleven women and men and then discussed priorities. Creating a network of former members of ACUSA in Lebanon and the Diaspora was identified as the most urgent task.

At the end of the meeting, Catholicos Aram I wished them well on the eve of the New Year and the Holy Feast of Nativity. He expressed his hope that the new network will soon be established and will contribute to the renewal of the church and society.