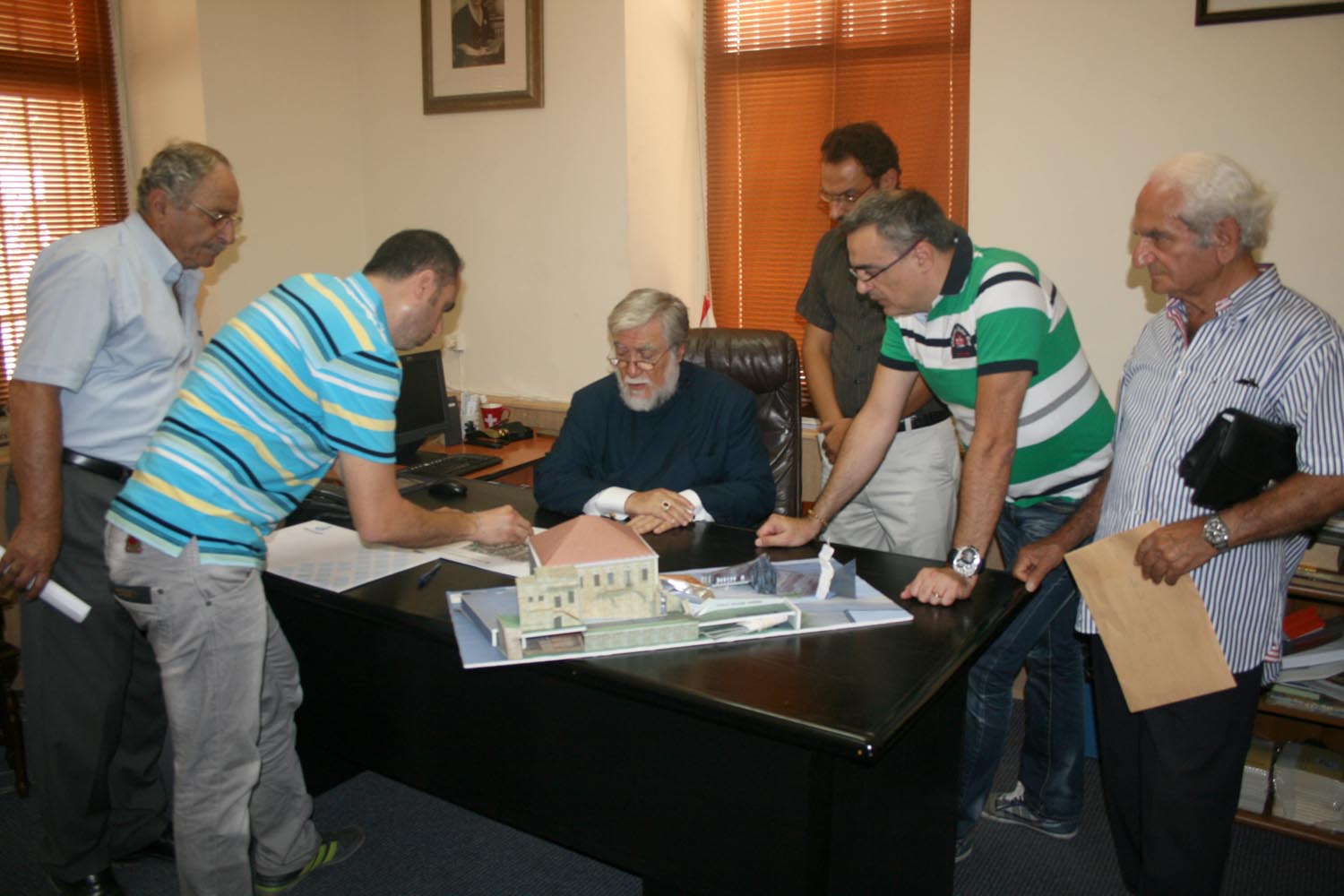 25 July 2013. Accompanied by five members of the construction projects committee, His Holiness Aram I inspected the site with architects Raffi and Viken Tarkhanian and discussed the progress of the project. The new museum in the old historical building of Bird’s Nest will be completed by 2015 and will tell the story of the orphans by exhibiting their personal belongings, and their tragic history of survival through the carved tombstones of the renovated adjacent cemetery.

At the end, Catholicos Aram I and the committee decided to publish again the call for information on the children brought to Bird’s Nest by the Danish Missionaries.

at the Bird’s Nest in Byblos Lebanon

Upon the initiative of His Holiness Aram I, the Catholicosate of Cilicia is creating a Museum dedicated to the history and memory of the Armenian orphans who were settled in a new place known as ‘Bird’s Nest’ in Byblos Lebanon, The project will be ready for 100th Anniversary commemorations in 2015.

The Museum Committee requests from the public in Armenia and Diaspora to provide historical materials, or, special items belonging to a surviving family member who grew up at Bird’s Nest. These could include:

- books, copybooks and other learning material

- diaries, letters, essays or poems written by the students

- rugs and clothes offered to the children

- handicrafts or tools made by the children.

All pieces exhibited in the museum will not only pay tribute to the memory of our parents and grand parents who survived the Ottoman Turkish atrocities, but it will also be an eloquent evidence of the Armenian Genocide that thus far Turkey denies.