His Holiness Aram I attends the enthronement of the Greek Orthodox Patriarch of Antioch, John X Yazigi 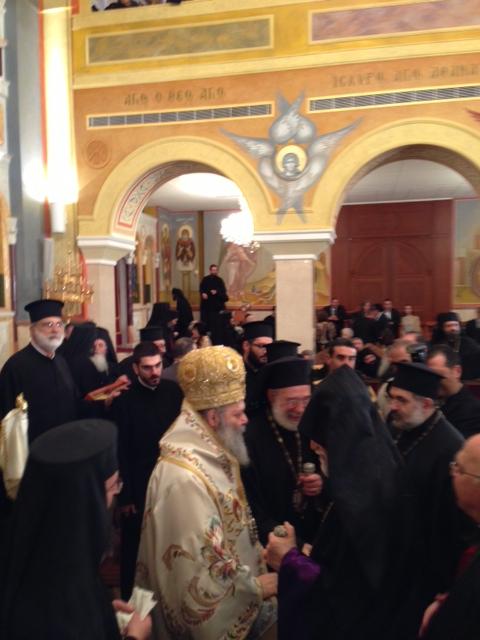 On Sunday, 17 February 2013, the newly elect Greek Orthodox Patriarch, John X Yazigi, was enthroned at the St. Nicholas Greek Orthodox Church in Beirut. The President, Prime Minister and all the Heads of religious communities in Lebanon were present at the Service.

At the end of the service, the guests were invited to a lunch at the Bristol Hotel, where Patriarch John X Yazigi thanked the guests for coming. He then spoke of the important role of the Patriarchate in the region and the crucial role of Christian-Muslim dialogue. The representatives of the Pope and the Ecumenical Patriarch greeted the Patriarch, followed by representatives of the Eastern Orthodox churches. Catholicos Aram I spoke on behalf of the Oriental Orthodox Churches. After congratulating Patriarch John X, he invited the Patriarch to work closely with other churches in the region to strengthen Christian unity, review the current Christian-Muslim dialogue and advocate for the rights of Christians.