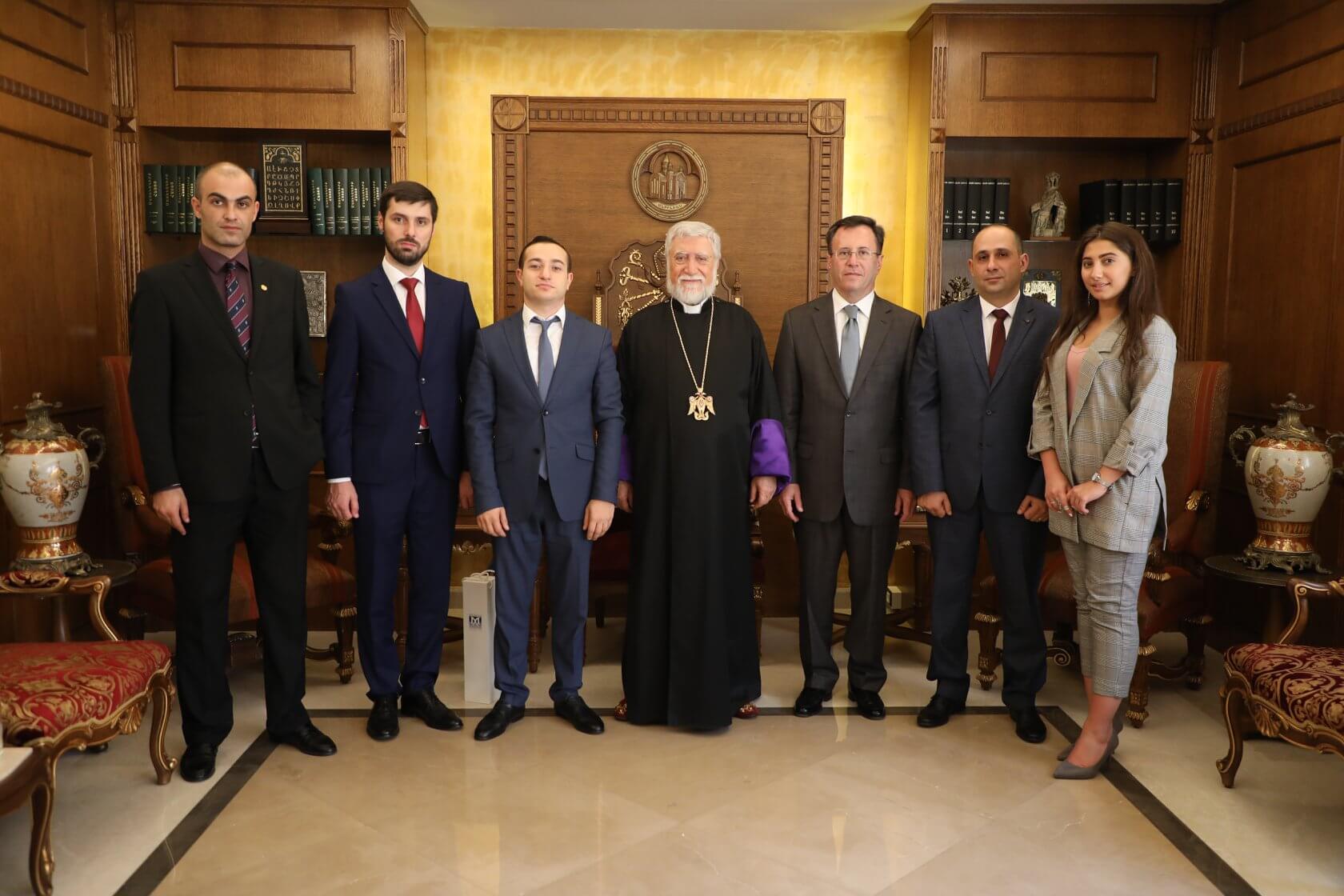 On the occasion of the 27th anniversary of the re-independence of the Armenian Republic, Thanksgiving Prayers for the Republic of Armenia took place at St. Gregory the Illuminator Cathedral in Antelias, on Sunday, September 23rd 2018. His Holiness Aram I presided over the Prayers. Present at the Divine Liturgy were Armenia’s Diaspora Minister Mkhitar Hayrapetyan, the Ambassador of Armenia to Lebanon H.E. Samuel Mkrtchyan, as well as representatives from the embassy.

The guests also had the chance to tour the Catholicosate in Antelias and the Monastery in Bikfaya.