A LECTURE BY HIS HOLINESS ARAM I ON “THEOLOGY AND POLITICS” 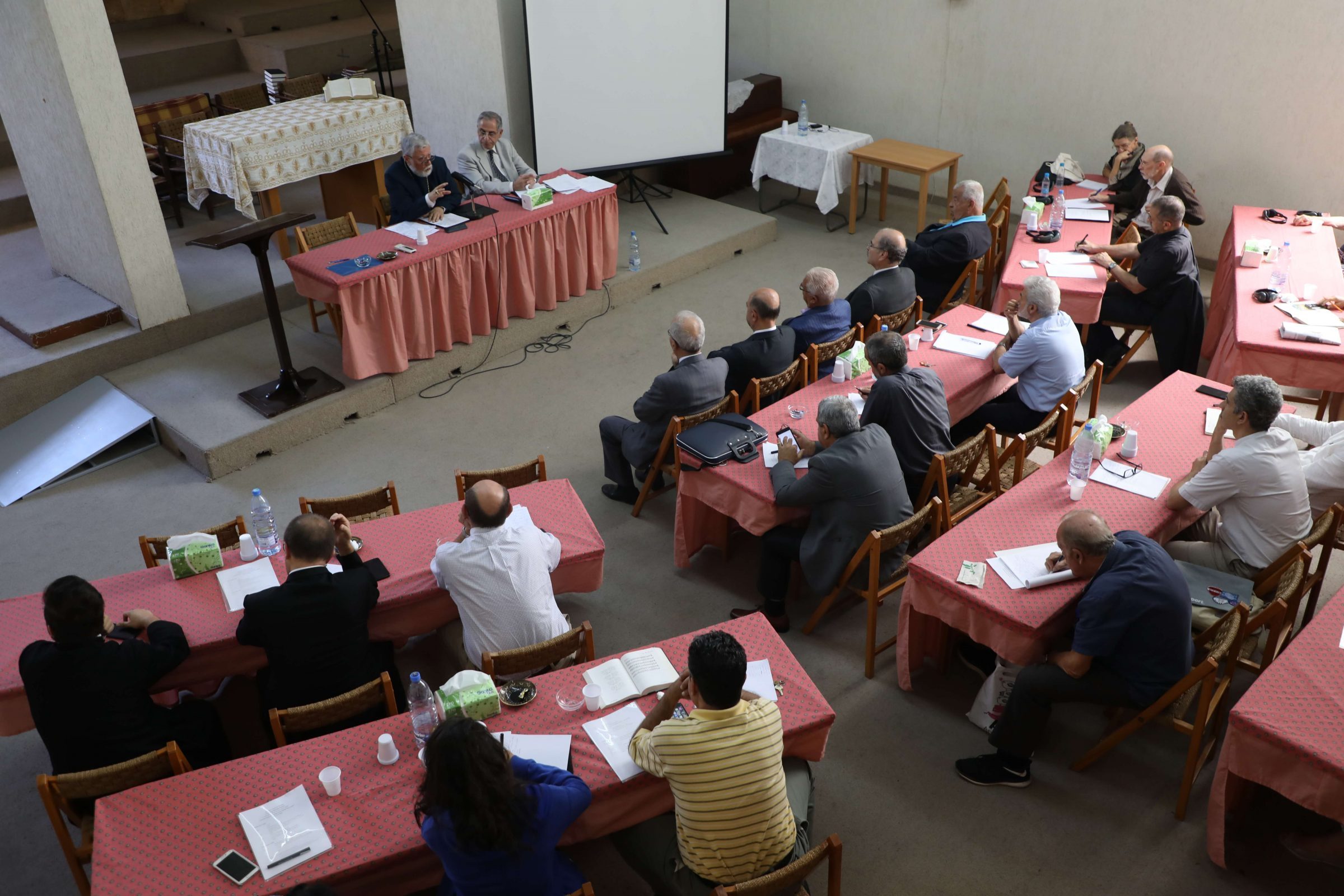 The lecture was delivered by Catholicos Aram I on Wednesday at the Near East School of Theology, within the framework of a conference on “Christian Political Theology in the Middle East.”

At the outset of his lecture Catholicos Aram I said that in his opinion there is no so-called “political theology.” “Theology is the response of the church in Christ and in the power of the Holy Spirit to the realities and challenges of a given context in a given time. This response is based on the Bible and on the teachings of ecumenical counsels and church fathers. This response is holistic, it embraces the totality of the life of a society in all its dimensions, aspects and manifestations.” Therefore, according to Aram I, labeling theology as “political,” “black,” “liberation,” “feministic” etc, does not denote different theologies, but different emphases and foci in doing theology. Thus, we must speak in terms of “interaction between theology and politics,” said Aram I.

His Holiness spelled out three issues that need particular attention within the context of the interaction between theology and politics: “Tension between the kingdom of God and the kingdom of the world, clash between the world’s power and Christ’s powerlessness, and the prophetic role of the church.” Outlining his analysis of the said issues, he stressed the prophetic role of the church and pointed out briefly the following: “Becoming the voice of the voiceless, combating evil forces, exercising moral authority, acting instrument of reconciliation, promoting equal rights and obligations, advocating for a just governance based on transparency, participation and accountability, overcoming violence by promoting non-violence, challenging extremism by promoting tolerance, working for peace with justice. His Holiness reminded the conference that “Preventive approach is another dimension of the church’s prophetic role, which involves-awareness building, advocacy, monitoring and bridge building.”

In presenting his reflections on these issues, Catholicos Aram I frequently referred to specific events and concrete realities pertaining to the Armenian Church and the churches of the Middle East.

In His concluding remarks His Holiness said.-