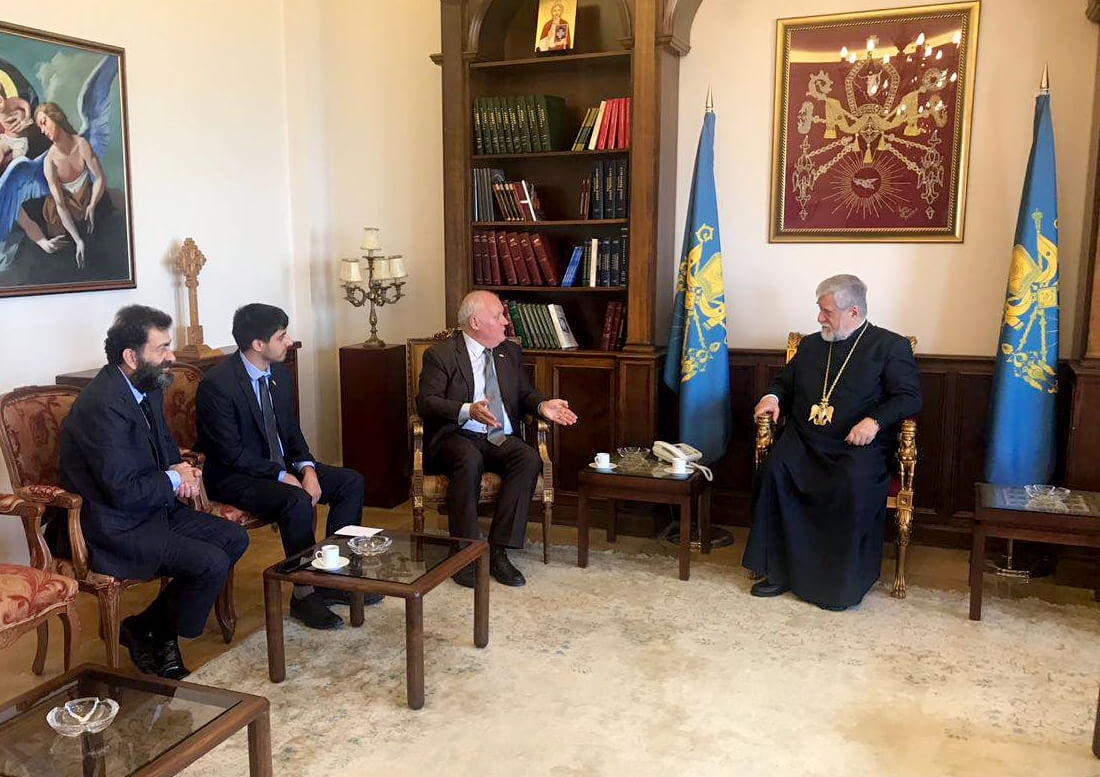 On Monday, July 2nd, 2018, His Holiness Aram I received François Asselineau, the president of the Popular Republican Union, in his summer seat in Bikfaya.