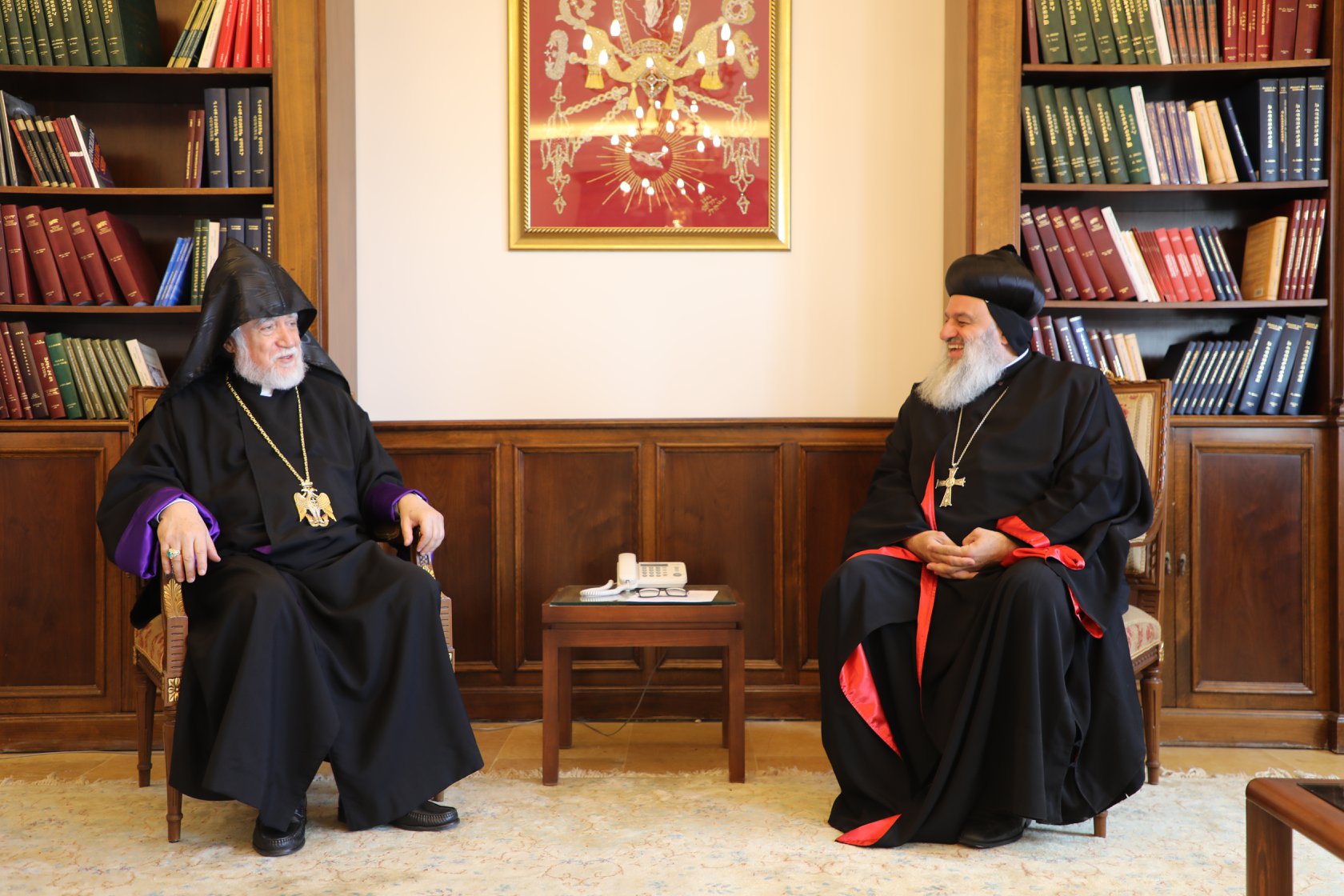 On Tuesday, June 12th, 2018, His Holiness Aram I received Patriarch Aphrem II of the Syriac Orthodox Church at St. Mary's Monastery in Bikfaya. They reviewed the current situation in the Middle East in general and in Syria in particular, and discussed cooperation between the two Churches.

The meeting was also an opportunity to examine and finalize the agenda of the upcoming meeting between the Patriarchs of the Coptic, the Syriac and the Armenian Oriental Orthodox churches.