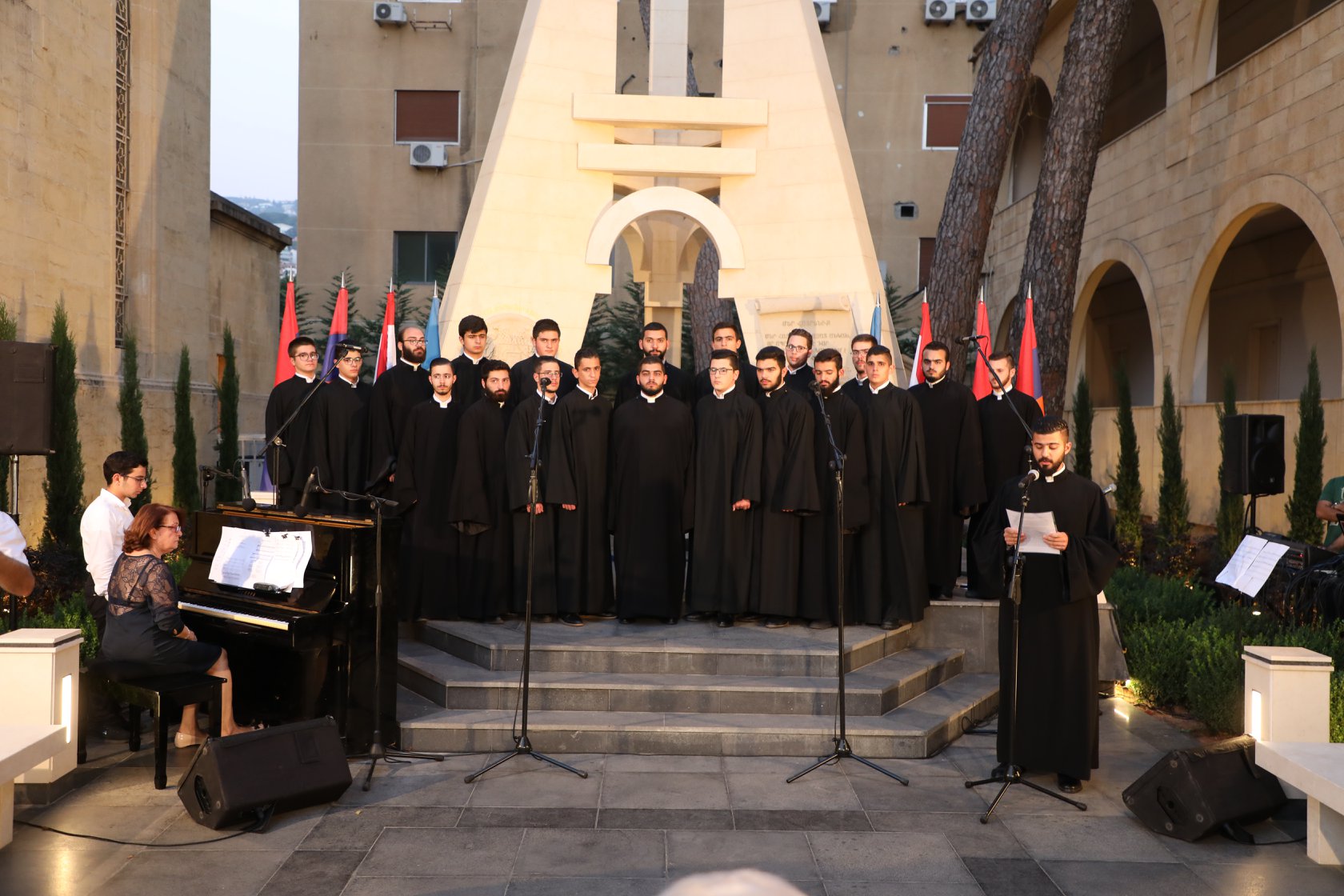 The Catholicosate of Cilicia dedicated the evening of Sunday, May 27th 2018 to the centennial of the First Independence of the Republic of Armenia. The evening commenced with a requiem service for the soul of Catholicos Karekin Hovsepian, who was a leading figure in the battle of independence, followed by a concert by the Armash Choir of the Armenian Theological Seminary of the Catholicosate, which occurred in front of the newly erected monument of the First Independence.

His Holiness Aram I presided over the Requiem service, which took place in the “Zarehian Mausoleum.” After the Service, the procession proceeded to the Independence monument, joining all those present to witness the patriotic concert, presented by the Armash choir and with their director Fr. Zaven Najarian.

Seminary student and Deacon Mousegh Karageozian delivered the opening speech, in which he emphasized that the Armenian people, having come out of a genocide only three years prior, were able to do the impossible thanks to their invincible will, and ensured the partial restoration of their homeland. He dedicated the performance to the heroes of the Independence.

The choir offered a selection of chanted patriotic songs and Fr. Oshin Chvalertanian enchanted the audience with his duduk.

The evening concluded with the “Sartarabad” and “Cilicia” anthems.