“THE STRENGTHENING OF ARMENIA AND THE UNITY OF ITS PEOPLE ARE ABSOLUTE VALUES, AROUND WHICH WE SHOULD ALL GATHER HIS HOLINESS ARAM I 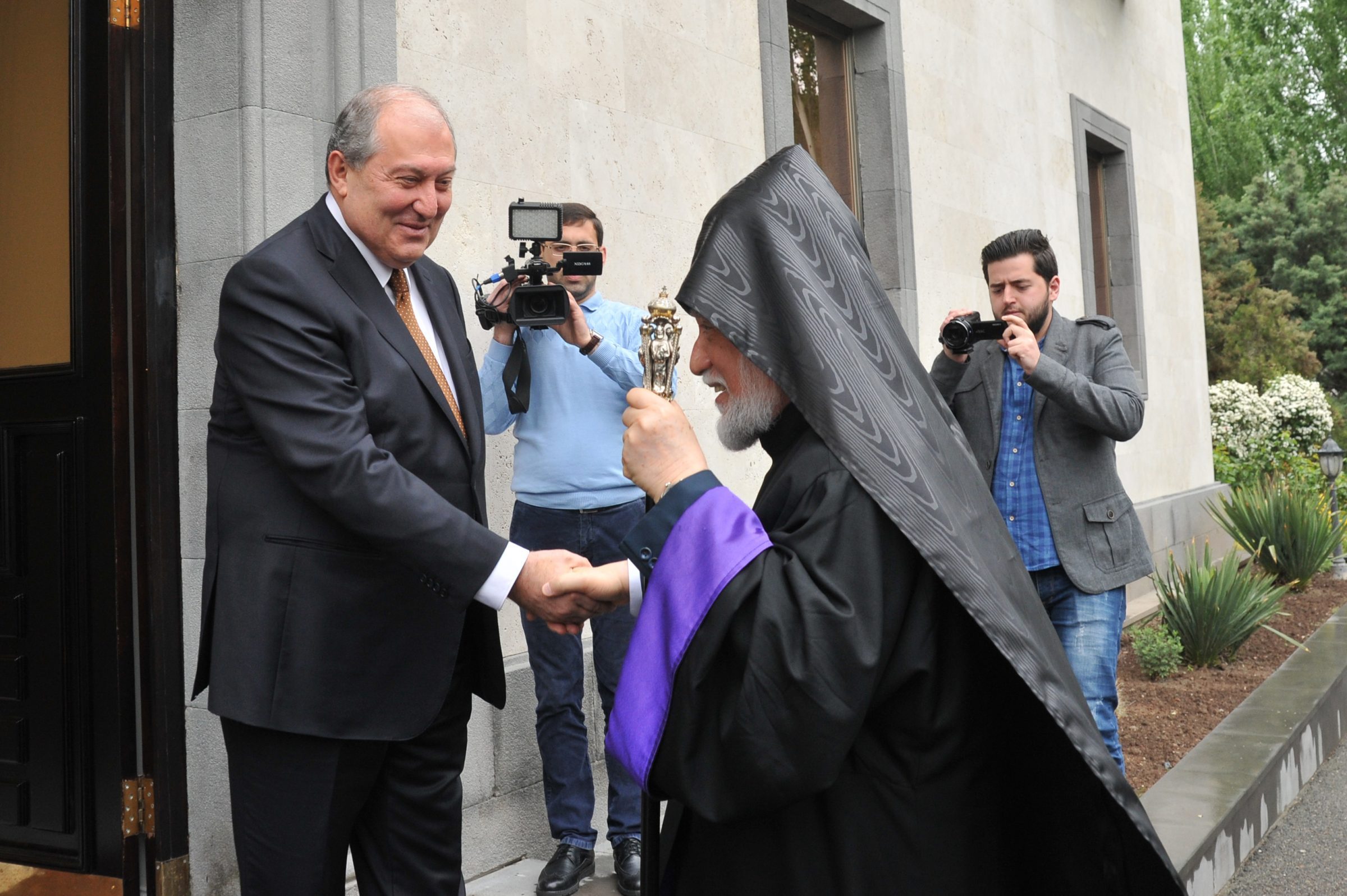 On April 20th, 2018, His Holiness Aram I left for Armenia for a three-hour visit, where he first met with His Holiness Karekin II. Afterwards, the two Catholicoi met with the president of the Armenian Republic, Mr. Armen Sarkissian, and the Prime Minister, Mr. Serge Sarkissian.

The meeting was an opportunity for the Catholicoi to hear details and updates on the current unfolding political situation,  as well as express their views and concerns

It’s worth mentioning that prior to his departure to Armenia, His Holiness Aram I gave a brief interview to Cilicia TV, where he expressed his concerns about the unfolding crisis. He stated that Armenia faces serious challenges, and the solution requires a dialogue between all segments of the society: authorities, political powers, student bodies, intellectuals, and the youth, for a proper diagnosis of the underlying issues facing   the country and the appropriate solutions. His Holiness stressed that the strengthening of Armenia and the unity of its people are absolute values around which we should all gather, despite different views and positions.