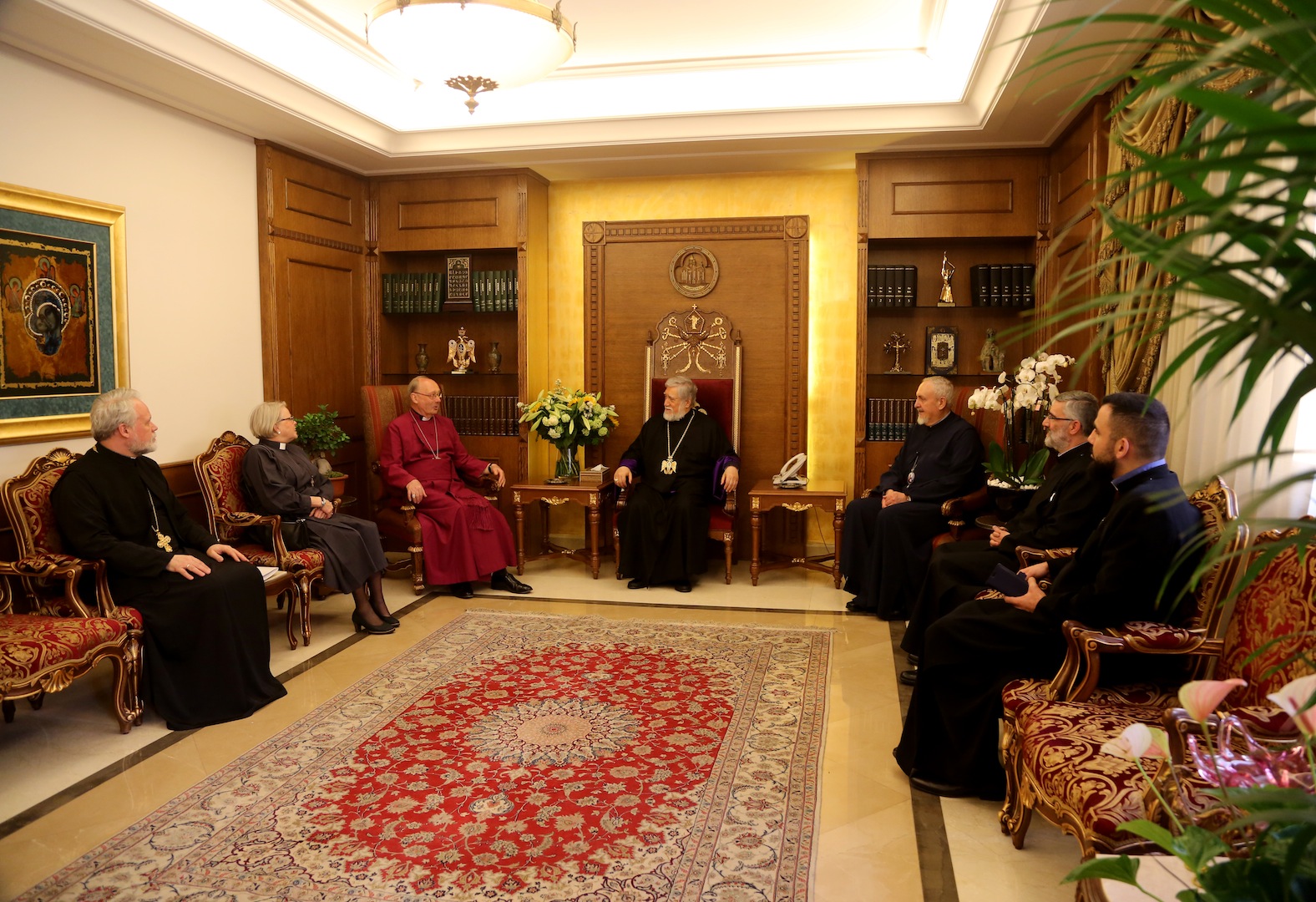 On Tuesday, April 10, 2018, His Holiness Aram I received a delegation from the Governing Board members of the Conference of European Churches (CEC)- Rt Rev. Christopher Hill, President of the conference; Very Rev. Karin Burstrand and H.E. Metropolitan Emmanuel of France, Co-Vice-Presidents; as well as Fr. Heikki Huttunen, the General Secretary. Present at the meeting alongside His Holiness, were Archbishop Shahan Sarkissian, the Prelate of Syria, and Very. Rev. Fr.  Hrant Tahanian, Ecumenical Officer of the Catholicosate.

Subsequently, the guests were given a tour of the Catholicosate’s ‘St. Gregory the Illuminator’ Cathedral, the Armenian Genocide Memorial Chapel, and the recently unveiled Memorial dedicated to the 100th anniversary of the First Independence of the Republic of Armenia.