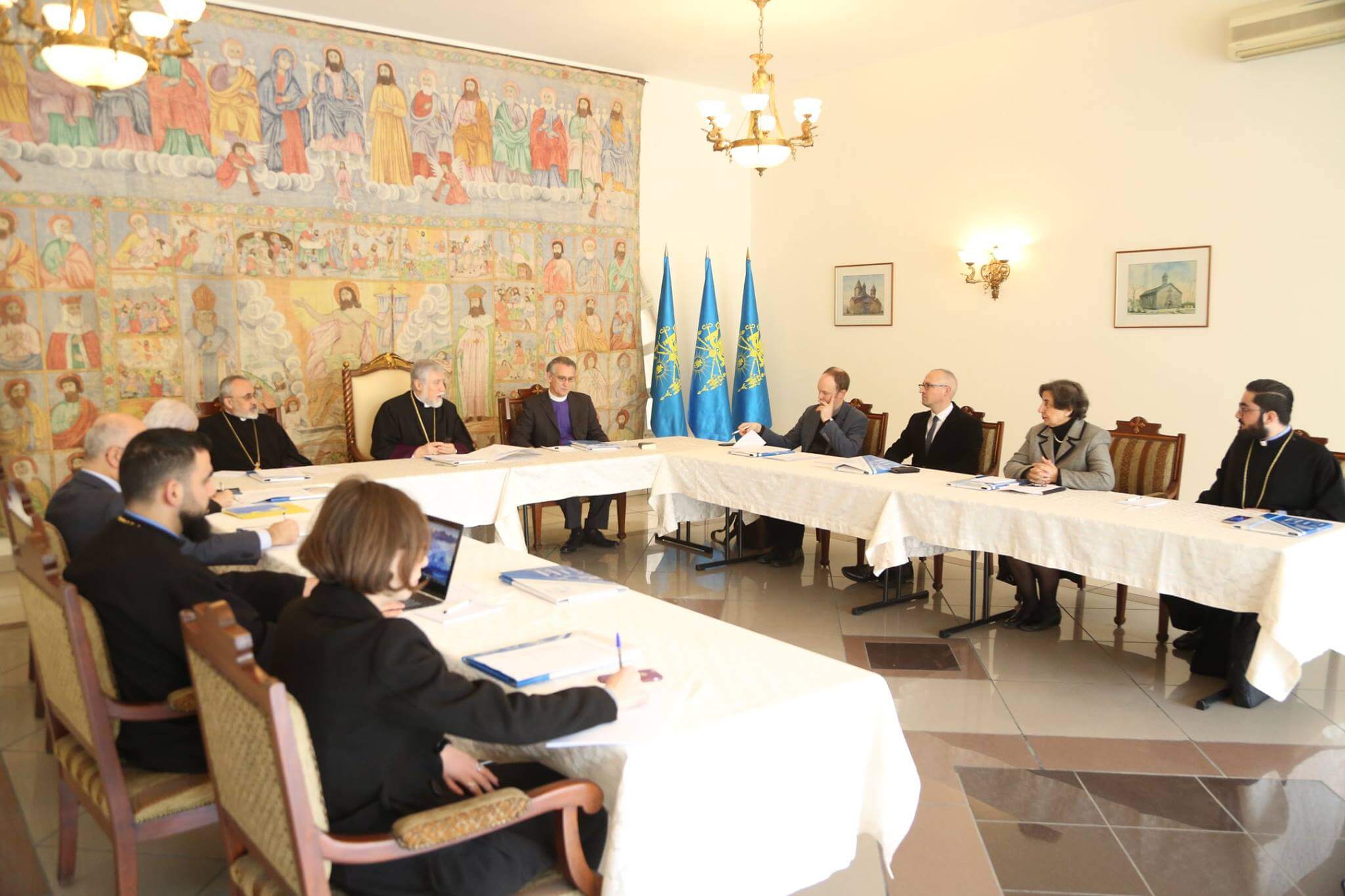 During the period from 15 to 17 February 2018, His Holiness Aram I presided over the ecumenical conversations between the Old Catholic Church and the Catholicosate of Cilicia. The meeting was organised in response to the desire expressed by Bishop Harald Rein, Bishop of Switzerland.

During the opening session, after welcoming the guests, His Holiness Aram I spoke of the urgency for churches to think and work together on important societal issues. He then introduced the agenda which included, introduction to the churches, the current ecumenical landscape and its challenges, the churches and socio-ethical issues. Presentations reflected the tradition, culture and experiences of each church and were followed by discussion. The meeting concluded with the final comments of Catholicos Aram I, who proposed a framework for follow up. After thanking the Catholicos, Bishop Rein invited His Holiness to visit the Church in Bern and lecture on the Armenian Church at the University of Bern.

During the meeting the participants also visited the Seminary and the “Cilicia” Museum, the Armenian Genocide Orphans “Aram Bezikian” Museum.