“Armenians and the Cypriot government share a common demand: justice from Turkey,” His Holiness Aram I tells the president of Cyprus 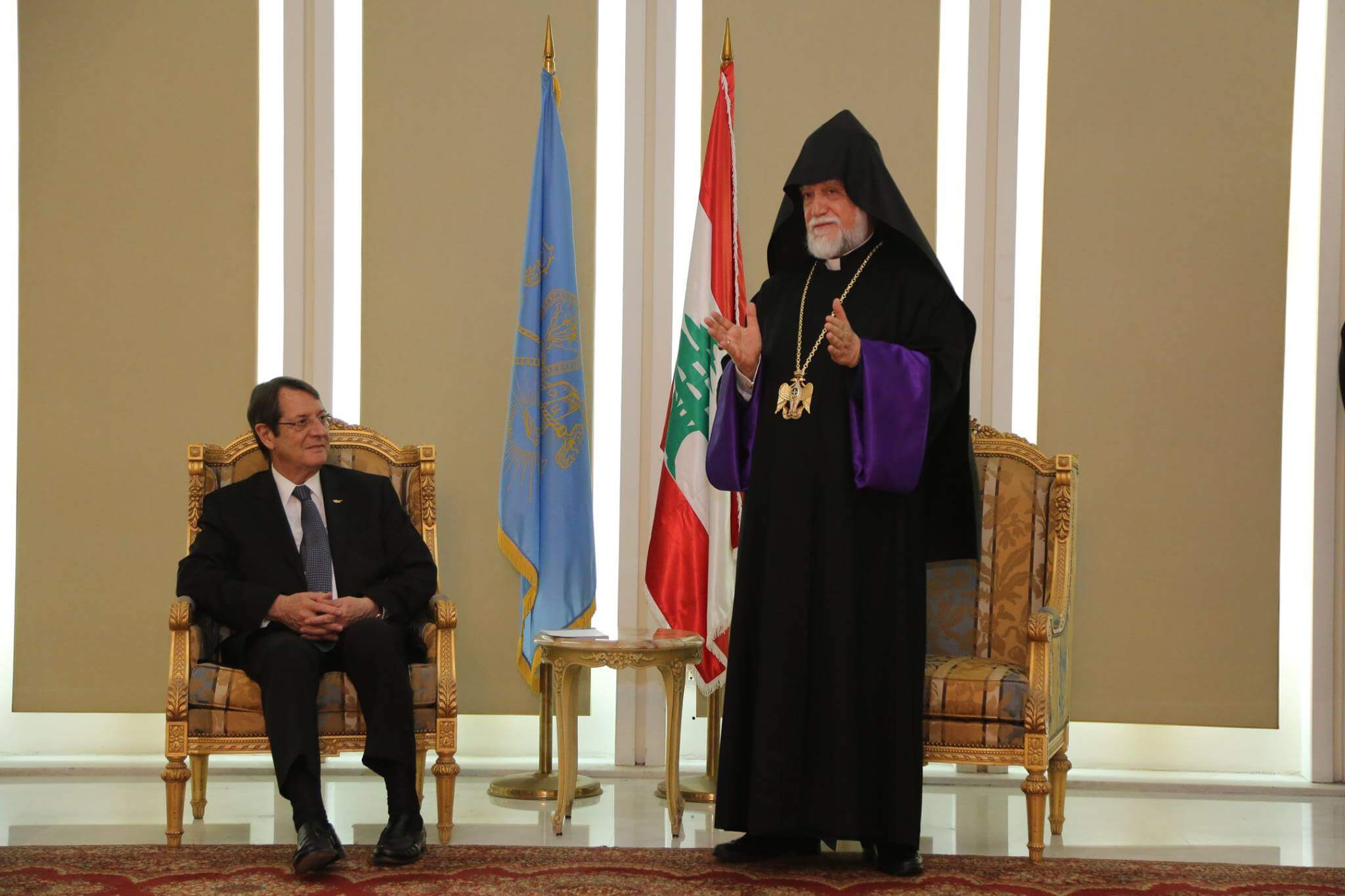 His Holiness welcomed the guests and referred to the historical relations between the Armenian Kingdom of Cilicia and Cyprus, which were neighbouring countries and shared a common religion. He said, “During the Cilician Kingdom, although our cooperation was based on political and economic interests, we promoted common values, principles and goals. Today, we have a common cause in our just demand that Turkey return the lands it occupied when it uprooted our peoples. We will continue our demand that the international community help us to restore justice and ensure the return of our lands.” In the second part of his speech, the Catholicos welcomed the growing economic and diplomatic relations between Armenia and Cyprus, and he thanked the Cypriot President for the attention and consideration the Cypriot government has given the Armenian community in Cyprus. He said that the current visit would reinforce the historical relations between the two churches and encourage the people to work together. The Catholicos then offered President Anastasiades a silver-bound copy of Gregory of Nareg’s Book of Prayers.

In his response, the President Anastasiades reaffirmed the historical friendship between the Greeks and the Armenians and he welcomed the growing relationship between Armenia and Cyprus. The president also thanked His Holiness Aram I for his role in promoting interfaith dialogue and for his support of the resolution of the Cyprus problem; he affirmed continued cooperation on the common Armenian and Cypriot issues against Turkey.

His Holiness then led prayers at the St Martyrs Chapel in Antelias, which had been built in 1938 on top of the remains of the Armenian victims, who had been collected and brought from the Deir Zor desert in Syria. His Holiness Aram I informed President Anastasiades that the Chapel was the first memorial chapel in the world dedicated to the victims of the Genocide.